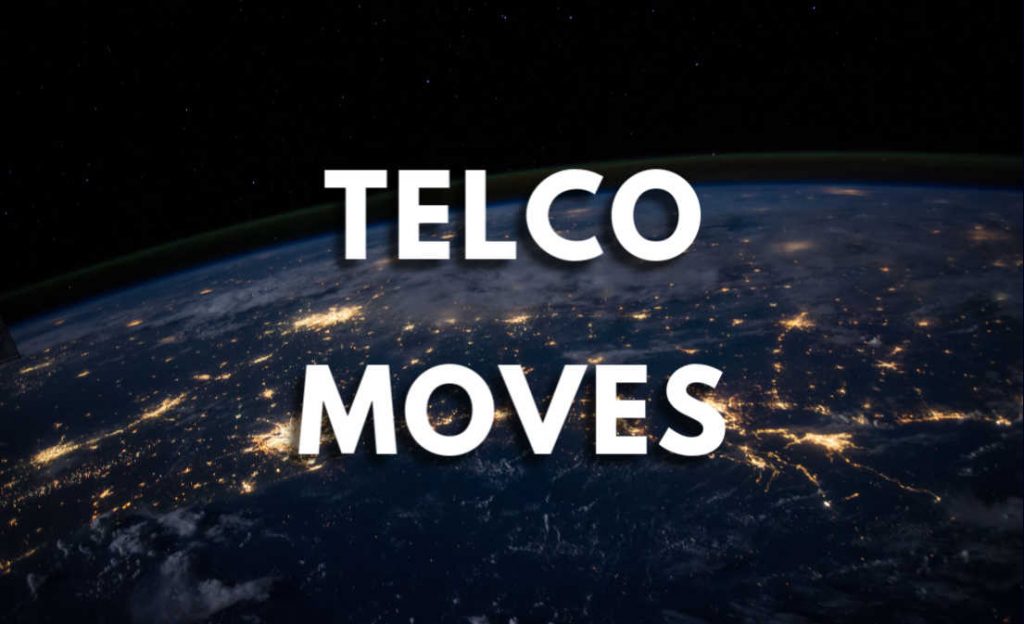 Here’s our carefully curated list of exec moves announcements for the period February 24th to March 1st 2020, relevant to the ICT sector. 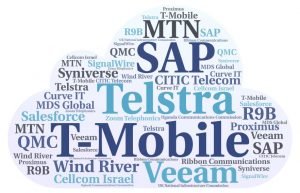 Abdul Saad was recently promoted as T-Mobile’s new CTO.
Saad was previously SVP of technology at T-Mobile. He moves into the position vacated by T-Mobile’s Neville Ray, who was promoted from CTO to the position of “president of technology” in November at the same time T-Mobile CEO John Legere announced he would leave T-Mobile by April of 2020. Legere will be replaced by Mike Sievert, who is currently T-Mobile’s COO.

Carey and Legere join CFO Braxton Carter in announcing their plans to leave T-Mobile in the coming months.

Nicholas has been with Telstra for almost four years, most recently as chief brand officer and the consumer and small business marketing executive.

The CMO role was removed from the executive structure in 2016.

Vega’s previous experience includes serving as Managing Director and CISO at CME Group, Inc. and as the Associate Chief Information Officer & CISO for the U.S. Department of Energy and U.S. Immigration & Customs Enforcement in Washington, DC.

He has held various cybersecurity leadership posts within the Department of Defense (DoD) and the Intelligence Community. Vega will report to Bill Largent, Veeam Chief Executive Officer (CEO), and will be part of the company’s executive management team.

SAP Executive Board Members Stefan Ries and Michael Kleinemeier have agreed with the Supervisory Board of SAP SE to leave the company.

Dallas succeeds Jim Douglas, who has decided to step down as President and Chief Executive Officer of the company. Douglas will continue to advise Wind River and TPG Capital during a transition period.

MTN Group has announced that Gordian Kyomukama has been appointed as the new MTN South Sudan CEO, effective 21 January 2020. Gordian is a seasoned telecoms executive, with close to 30 years of experience in the sector, most of which has been with MTN.

MTN Cameroon CEO, Hendrik Kasteel, will be leaving MTN at the end of March, due to personal reasons. He will serve out his notice over the next two months, and a successor will be announced when finalised.

Syniverse announced that Jon Pritchard has been appointed to a newly-created position of Chief Revenue Officer, effective immediately.

He has served as President of Syniverse’s Europe, Middle East and Africa (EMEA) region and Asia Pacific region since joining the company in 2018.

Prior to joining Syniverse, Pritchard served as CEO of Unify, a communications software and services firm. He also worked at Westcon-Comstor, a value-added technology distributor, where he served first as European Vice President for Westcon, then President of Comstor, where he was responsible for the operational and strategic functions of the company’s Cisco-dedicated business practice.

Cellcom Israel has said that its Chairman Ami Erel would resign from the company, effective on March 1, 2020.

Ami Erel has served as Chairman of Board of Directors since 2005. Erel also served as President and Chief Executive Officer of Discount Investment Corporation Ltd. from 2001 to 2013.

From March to December 2007, Erel also served as the Chief Executive Officer of Netvision Ltd., where he served prior to March 2007 and from 2008 to 2011, as Chairman of the board of directors.

Further, Mr. Stephen Ho has determined to retire from the company after nearly 20 years of service and to step down from CEO of the company effective 31st January 2020.

Salesforce’s co-CEO, Keith Block, is leaving, which means Marc Benioff, the other co-CEO and Salesforce’s founder and chairman, will be the sole leader of the business going forward.

Block, who joined Salesforce from Oracle in 2013, was promoted to operating chief three years later and became co-CEO alongside Benioff in August 2018.

Although the company isn’t replacing Block, it said Gavin Patterson would become the president and CEO of Salesforce International, which oversees the company’s business in areas including Europe, Latin America and Asia. Patterson, who joined Salesforce last year, is the former CEO of telecoms company BT Group.

Ribbon Communications announced the appointment of Stewart Ewing and Krish Prabhu to Ribbon’s Board of Directors, effective on or around March 1, 2020.

Mr. Prabhu is currently an independent technology consultant and advisor to technology start-ups.  Most recently, Mr. Prabhu was Chief Technology Officer and President of AT&T Labs.

Kim Fennebresque will be stepping down after two and a half years as a director of the Ribbon Board, effective on or around March 1, 2020.

MDS Global, a leading BSS-as-a-Service provider, announced that Steve Bowen has been appointed as its Chief Executive Officer.

Bowen will succeed Gary Bunney, who has decided the time is now right to hand over the reins for the next stage in MDS Global’s development.

Proximus has announced the appointment of Jim Casteele as Chief Consumer Market Officer and member of the Executive Committee. He will officially take on his new role as from March 1st, 2020.

Casteele joined the Proximus Group in 1997, where he held several management positions before being appointed Director Consumer Products & Solutions and Innovation in January 2017.

In the past few months, he has already been leading the Consumer Business Unit ad interim, following the appointment of Guillaume Boutin as CEO in December 2019.

Recently, María served as People Function Vice President for Operations and Logistics at Walmart Mexico and Central America, for which she was named top 30 CHRO in Mexico.

Prior to joining QMC, José Javier served as CIO & CTO for Globenet, an undersea cable company.

Curve IT has appointed a new Head of Fibre Infrastructure Development.

Matt Ryan joins from Wessex Internet, where he was technical director, in a new role at Curve where he is to lead their full fibre infrastructure team.

Zoom Telephonics, a leading producer of cable modems and other communication products, announced that Zoom’s Board of Directors has appointed Jacquelyn Barry Hamilton full-time CFO following her initial role with the Company as “acting” CFO.

Prior to joining the Company, Ms. Hamilton served as Chief Financial Officer of Modo Labs, a mobile application development company, and Chief Financial Officer of Netcracker Technology, a subsidiary of NEC Corporation that delivers a software platform together with integration and managed services to telecommunications and cable companies globally.

R9B (root9B, LLC), a leading provider of advanced cybersecurity products, services, and training, announced that telecommunications industry veteran John Stratton has joined its Board of Directors.

Stratton has held multiple executive and leadership roles at Verizon for 25 years, most recently as President of Global Operations where he had overall P&L responsibility for Verizon’s $120B network businesses, with 140K employees serving in 36 countries worldwide.

HM Treasury has appointed James Heath as the new CEO of the National Infrastructure Commission (NIC).

Mr Heath is currently Director of Digital Infrastructure at the Department for Culture, Media and Sport (DCMS). In this role he has led DCMS through the Future Telecoms Infrastructure Review and Telecoms Supply Chain Review, and had overall responsibility for broadband, mobile and telecoms security policy, and the Government’s 5G Trials & Testbed Programme.

SignalWire, Inc. announced that it has appointed Nigel Thomas as the company’s new Vice President of Global Sales.

Thomas, a veteran of the open-source community, brings more than twenty years of experience in global sales and business development to this role in which he will drive new client acquisitions.

Prior to SignalWire, Thomas spent nearly five years at open-source pioneer RedHat as the Director of Storage Sales for North America, contributing to the company’s growth and successful $34 billion acquisition by IBM.