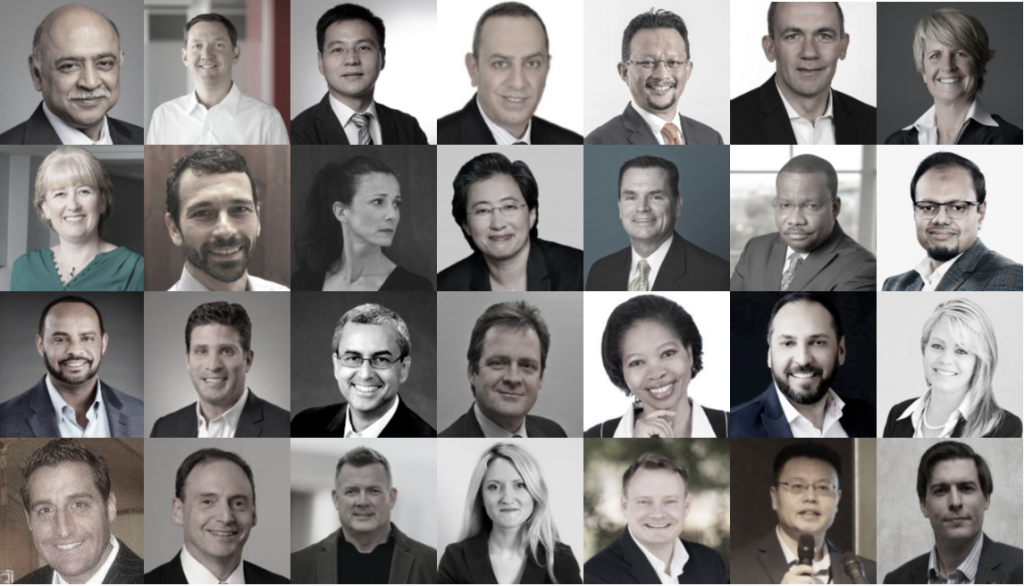 Movings and shakings in the 5th week of 2020 – what are the latest executive hires and leadership changes in the ICT sector?

In this weekly feature, Phoenix Career aims to keep you up to date with the most notable career movements of the leaders and change makers within the telecom industry.

James Whitehurst, IBM Senior Vice President and CEO of Red Hat, was also elected by the Board as IBM President, effective April 6, 2020.

Virginia Rometty, IBM Chairman, President and Chief Executive Officer, will continue as Executive Chairman of the Board and serve through the end of the year, when she will retire after almost 40 years with the company.

Huawei Technologies has appointed a new CEO – Jackie Zhang – for its branch based in Austria.

From 2014 to 2017, Zhang was deputy general manager of Huawei Vietnam before moving to Europe for the group: the telecommunications expert most recently worked as the director of the Carrier Network Business Group in Poland.

His predecessor, Yao Pan, has been moved to a new position at Huawei’s headquarter in Shenzhen.

Orange Business Services has appointed Osama Shwaihat as its new managing director for the UAE and the Arabian Gulf region.

The digital service and enterprise specialist firm made the appointment on Sunday, with Shwaihat taking up the reins with immediate effect, at the company’s regional headquarters in Dubai.

Telekom Malaysia’s current Chief Operating Officer (COO), Imri Mokhtar, has left the company at the end of January. According to the New Straits Times’ report, Imri’s resignation was announced by TM Group CEO, Datuk Noor Kamarul through an internal email.

At TM, Imri Mokhtar has held various positions and was appointed as the acting group CEO on November 16, 2018 after the resignation of Datuk Bazlan Osman.

German cable operator Tele Columbus has named Dr Daniel Ritz as its new CEO and member of the management board, replacing Timm Degenhardt.

Ritz, who was most recently president and CEO of Pakistan incumbent telecom operator PTCL, will take up his post on February 1.

Albert Gumabay, a three-decade veteran in the information technology and telecommunication markets, has been appointed cloud evangelist for the federal government at Google.

Gumabay previously handled a major civilian account at Informatica. Before that, he served as strategic account executive at Information Builders and federal account manager at Equifax. He also spent nearly eight years at Verizon and 11 years at Sprint Nextel.

O2 has announced the departure of Ann Pickering, stepping down from her roles as Chief HR Officer and Chief of Staff after sixteen years in the business.

MATRIXX Software has appointed board member Glo Gordon to succeed Dave Labuda as CEO of MATRIXX and lead the company through its next phase of transformative growth.

Following a February transition, Labuda will remain with the company as a non-executive chairman of the board and senior innovation advisor. Glo Gordon most recently served as Chief Revenue Officer for Uptake, an industry leader in industrial artificial intelligence.

The appointment of Bruno Moraes comes together with two other Telefónica’s hires, to lead Wayra’s hubs in Germany and Barcelona. The new acquisitions are in line with Telefónica’s shift last November, when the telecom giant announced the prioritisation of its key markets – Spain, United Kingdom, Germany and Brazil.

Stilling is a Vodafone veteran, having steered the telecoms giant’s brand and media strategy in the German market since 2009.

Cisco announced the appointment of Dr. Lisa T. Su, AMD president and CEO, to its board of directors effective 27th January.

Dr. Su, 50, joined AMD in 2012 and has held the position of President and Chief Executive Officer since October 2014. She also serves on AMD’s Board of Directors.

Inteliquent announced that it has promoted Ed O’Hara, current Inteliquent CFO, to CEO of the company. Effective Feb. 7, O’Hara will succeed Fritz Hendricks, who is leaving for personal and family health reasons.

Sajjad will be the successor of Yasir Azman and second Bangali CMO after Azman, who will be undertaking the role of CEO as announced in January.

Experienced telecoms executive Danny Macaya has been appointed to the position of Country Manager for the Dutch Caribbean and will now lead the integration of Flow and United Telecommunication Services (UTS) in Curaçao, Bonaire, Dutch St. Maarten, French St. Martin, St. Barths, St. Eustatius and Saba.

For the past 13 years, Macaya was part of the UTS management team where he held the positions of Chief Operations Officer, Chief Technology Officer and Chief Commercial Officer.

Transit Wireless announced that Yohannes Cramlet will join the company as general manager of California. He will be based in Los Angeles and report directly to Melinda White, chief executive officer of Transit Wireless.

Most recently, Cramlet served as executive director of Business Development for Mobilitie, LLC.

The Switch  announced the appointment of Andy Goldstein as Chief Financial Officer. Goldstein will be based in The Switch’s headquarters in New York, reporting directly to Eric Cooney, The Switch’s President & CEO, while working closely with the rest of the company’s senior leadership team.

Goldstein was most recently working as CFO across private equity-backed businesses in the digital media, big data and marketing services sectors for Infogroup and Purch.

Zahir Williams, Cell C’s chief legal officer, also joins the board as company secretary and adviser to the board on corporate governance, and to assist board members with their duties and responsibilities.

SQUAN announced it has made two key internal executive moves to bolster the Company’s efforts to continue executing against its long-term strategic objective of completing its transition from a construction company to a full-service network life-cycle business.

Effectual announced that Robert Doherty has joined the team as Chief Financial Officer. Doherty will be leading all aspects of Effectual’s accounting and finance operations.

With over 30 years of experience in corporate finance, Doherty has held progressively senior positions at PaineWebber, Salomon Brothers, and Citigroup. Seeking more hands-on roles within the technology industry, he transitioned to leading finance teams at Metromedia Fiber Networks, FiberMedia, and vXchnge.

Most recently, Farmiloe was founder of The ATaaS Group, delivering Agency Transformation as a Service, where he helped independently owned telecom sales brokers, VARs and MSPs to build value for their businesses.

Lucy joins from the communications agency, Edelman, where she was Senior Director, leading campaigns and advising major brands like Uber, Sainsbury’s and Coca Cola on corporate reputation, PR, political campaigning and crisis management.