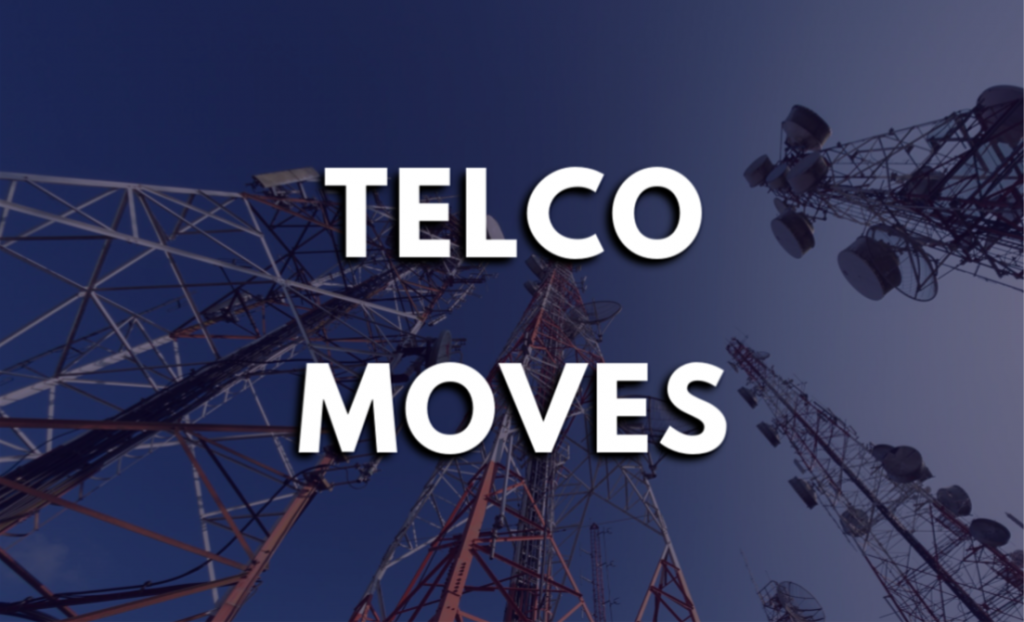 Here’s your weekly guide to the executive moves announcements for the period Monday, March 16 – Sunday, March 22, 2020, relevant to the ICT sector.

Hutchison Telecommunications (Australia) Limited advises that Mr Ronald Joseph Spithill has resigned as a Director of the Company with effect on and from 20 March 2020.

Ms Melissa Anastasiou has been appointed as a Director of the Company with effect on and from 20 March 2020.

Ms Anastasiou is currently General Counsel for Spark New Zealand Limited (“Spark”) where she is responsible for oversight of the legal and compliance functions, providing Spark with strategic legal and commercial guidance, ensuring the business acts lawfully and with the utmost integrity.

Optiva has announced that Ganesh Balasubramanian has joined its team as Chief Revenue Officer (CRO).

Balasubramanian joins Optiva from Netcracker where he held various leadership roles across the globe.

Bachke currently holds the position as Head of Group Treasury in Telenor.

By uniting the markets in Asia into a single unit, Telenor strengthens the focus on its growth and modernisation agenda, and positions itself to capture opportunities in the region. Jørgen C. Arentz Rostrup assumes the Head of Asia position on 1 May 2020.

The Head of Asia will report directly to the President & CEO of Telenor Group and continue as part of the Group Executive Management.

From 1 May 2020, Digi CEO Albern Murty and Telenor Pakistan CEO Irfan Khan will step out of their current roles as heads of the clusters “Developed Asia” and “Emerging Asia” on the Group Executive Management, and will remain CEOs of their respective companies.

Colt Technology Services has announced the appointment of Masato Hoshino as its Head of Asia and Representative Director & President of Japan. Masato will build on the success and culture established by Kenji Hioki, who has stepped down to become Vice Chairman and will continue to support the business in Asia.

In his new role as Head of Asia, Masato is responsible for overseeing Colt’s sales in Asia Pacific and will act as the key spokesperson and supervisor of senior external relations, driving growth across the region. Masato will lead Colt Technology Services Co. Ltd., the Japan legal entity as Representative Director & President, reporting directly to Colt’s Chief Commercial Officer (CCO), Keri Gilder.

Celcom Axiata has appointed Imri Mokhtar as its new COO to further strengthen the telco’s endeavor in operational excellence. Imri will be starting this new role on 1 May, and will be providing leadership in the technology, digital transformation and various corporate functions within the group.

Imri was previously from Telekom Malaysia (TM), and brings with him over 24 years of experience. Imri’s last held position in TM as COO oversaw business operations of Unifi, TM ONE, TM Global clusters, as well as IT and Network of TM Group. Imri was also TM’s acting group CEO from November 2018 to June 2019.

Prior to Imri’s appointment as TM’s COO, he was the executive vice president of Unifi.

BullsEye Telecom has announced two leadership changes – Vilas Uchil has been promoted to Chief Technology Officer, and Tamie Whitefoot has been hired as Vice President of Operations.

Uchil joined BullsEye in 2014 with 20 years of telecommunications industry experience. As CTO, he oversees BullsEye’s innovation, technology and operations.

Whitefoot is a seasoned leader bringing a wide variety of operational accomplishments to BullsEye. During her 25-year career, she held positions at a variety of global communications companies including, Frontier Communications, MCI WorldCom and XO Communications. In her role as Vice President of Operations, Whitefoot will report directly to Uchil.

BT Group has appointed Sir Ian Cheshire, former head of DIY retailer Kingfisher, to the board as a non-executive director.

Ian was appointed to the Board on 16 March 2020. He is a member of the Nominations and Remuneration Committees.

TIM announces that Nicola Grassi has joined the Group as Head of Procurement.

Mr Grassi will report directly to the Chief Executive Officer Luigi Gubitosi. He will be responsible for Group-level oversight of vendor assessment and management of procurement processes, monitoring markets for the purchase of products and services, and ensuring overall optimisation of requirements, operating and financial results.

Google has appointed Karan Bajwa as the head of its India cloud business.

With over three decades of leadership experience, Bajwa has a strong legacy of working at Cisco, Microsoft and most recently was the managing director for India and South Asia at IBM.

At Google Cloud, Bajwa will be responsible for all the revenue growth as well as the go-to market operations for Google Cloud’s extensive solution portfolio that includes Google Cloud Platform and G Suite.

The Ordinary Shareholders’ Meeting of Infrastrutture Wireless Italiane S.p.A. (INWIT) meeting appointed the INWIT Board of Directors that will take office on the effective date of the merger of Vodafone Towers S.r.l. into INWIT (the “Merger”).

The CVs and declarations of the new Directors (including those relating to their meeting the independence requirements) are available on the INWIT website www.inwit.it/governance/assemblea-azionisti.

Satcom Systems announced the appointment of Asaf Rosenheck as CEO of Satcom and the subsidiary Gilat Telecom.

Dan Zajicek, the outgoing CEO of Satcom, will be leaving his position and is expected to start as CEO of Space Communications, the operator of the Amos satellite.

Rosenheck, who has served in management positions at Satcom for 10 years, will be appointed immediately as CEO.

Most recently, Barton was the Chief Information Security Officer (CISO) for Stellar Cyber, makers of the Starlight Open Detection & Response (Open-XDR) security platform. Prior to that, he was COO for 5Iron LLC, a managed security services provider (MSSP), and CISO for ForcePoint Inc., a provider of cybersecurity user and data protection technology. He also spent 12 years working for telecommunications giants AT&T/Cingular and Sprint/Nextel.

Donovan, who will also join the firm’s board, brings over 23 years’ experience in the tech and telecoms industries.

His most recent position was CEO transport sector tech firm Nomad Digital. His previous positions include Senior Vice-President Global Services for CSG International and a number of management and operational roles across the technology, communications and consumer packaged goods industries at Steria plc, Xansa plc and Druid plc.

CJ LeJeune joined the executive management team as Vice President of Operations. Mr. LeJeune will lead the company in overseeing operations activities, in the organization, ensuring development and implementation of efficient operations and cost-effective systems to meet current and future needs of the organization.

Swiss internet service provider iWay announced that it has appointed Francesco Caiafa as new head of the marketing division. Caiafa will be part of the management board, too.
He succeeds Henry Salzmann, who was previously responsible for both product management and marketing.