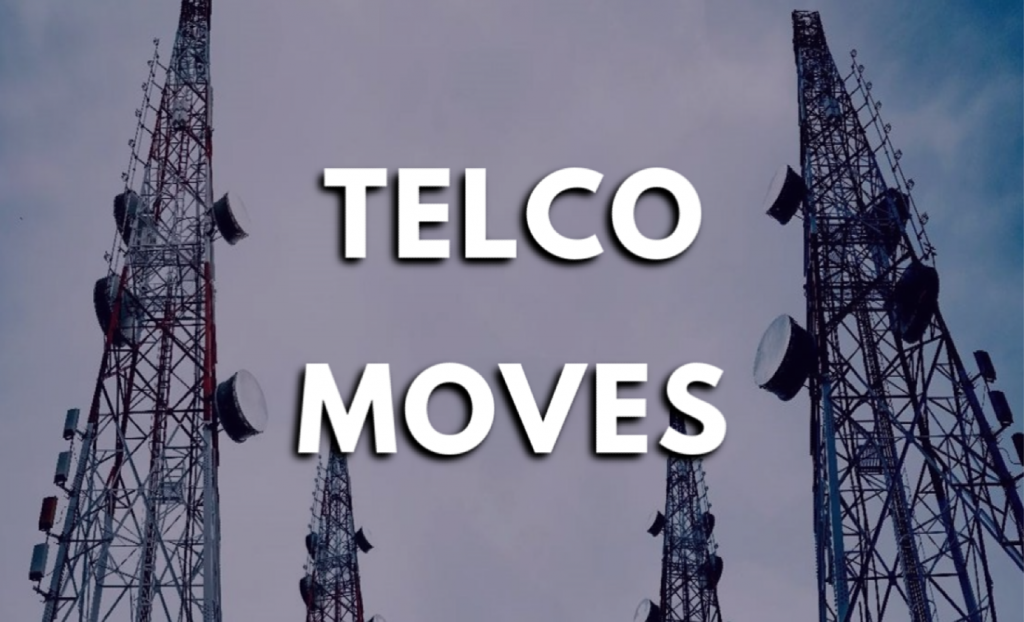 Here’s your weekly guide to the executive moves announcements for the period Monday, March 9 – Sunday, March 15, 2020, relevant to the ICT sector.

– Also reporting to Ray is Cody Sanford, who will serve as executive vice president and chief information and product officer.

The changes will be effective as of the closing of the transaction, also known as “Day Zero,” of the New T-Mobile.

At the same time, Thomas Skjelbred, COO and deputy CEO of TPC, has been appointed the new CEO of TPC.

Jon Omund Revhaug has worked with Telenor for 20 years, and has held a number of different roles in the company in that time. For the last three years he has served as CEO for Telenor Procurement Company, based out of Singapore.
Thomas Skjelbred has worked in various roles in Telenor between 1999 and 2014, both in Norway in Asia. Over the last six years, he has held both CTO and CEO roles at Altibox.

Otto has more than 30 years of experience and began his career in the Telenor Group 12 years ago in Mergers and Acquisitions, of which he has since been named Senior Vice President.
Mikkel has a solid sales and marketing background from the IT industry and for the past 10 years has worked in management positions at Microsoft, the software company EG and DXC Technology respectively.

Bill Gates has stepped down from the board of Microsoft to spend more time on his philanthropic endeavors, the company announced Friday afternoon.

Though he will remain a technology advisor to CEO Satya Nadella, this move reduces his involvement with the company to the lowest level it has ever been.

Western Digital announced that David Goeckeler has been appointed chief executive officer and a member of the Western Digital Board of Directors (“the Board”), effective March 9, 2020.

Ooredoo Kuwait has announced the appointment of Fadi Kawar as acting CEO.

Kawar succeeds Sheikh Mohammed Bin Abdulla Al Thani, who had held the position of CEO for Ooredoo Kuwait since 2014 and has successfully led the company to reach key milestones and substantially increase its share of the market.

Al Thani succeeds Waleed Mohamed Al Sayed, who is retiring from the position of CEO held since 2015.

Communications and Entertainment company, Flow has announced the appointment of Susanna O’Sullivan as the company’s Senior Director of Technology Operations for Jamaica and the Cayman Islands.

In this new role, O’Sullivan is charged with network transformation and customer experience for both the Jamaica and Cayman markets.

Cognizant announced that on March 5, 2020, Archana Deskus was appointed to its board of directors as a new independent director, effective immediately.

Li Guohua has retired as president of China Unicom Ltd. after about two years at the state-owned mobile carrier.

Li, 60, joined China Unicom in July 2018, when he was named president after his predecessor Lu Yimin was transferred to another company.

In the statement, China Unicom didn’t announce Li’s successor. That’s not unusual. China’s other major mobile carriers have also left some of their key positions vacant in recent years.

Cisco has announced that Amy Chang, executive vice-president and general manager of Cisco’s Team Collaboration Group is taking a leave of absence.

Chang, who joined Cisco in its 2018 acquisition of collaboration software startup Accompany –  Chang was Accompany’s founder and CEO – is taking a leave of absence for an unspecified period of time.

Sangster is moving across from her role as CMO of IBM Singapore. Previously she was the chief customer officer of IBM in Sydney.

Sangster has also spent time at Amaysim and ADMA. She is replacing Amanda Johnston-Pell who is moving to India to become the vice president of IBM marketing services center Asia Pacific, China and Japan where she will oversee IBM’s marketing service centre in Bangalore, India.

The First Responder Network Authority (FirstNet Authority) Board announced that Edward Parkinson has been named Executive Director of the organization.

Mr. Parkinson was one of the first employees to join the FirstNet Authority in 2013, and since then he has served in a variety of leadership positions within the organization, including Executive Director of External Affairs.

In his role, Ramamurthy is responsible for Freshworks’ overall product vision and strategy, development and GTM efforts. He reports to Freshworks founder and CEO Girish Mathrubootham.

Kymeta Corporation has announced the appointment of Gene Renuart, USAF (Ret), Founder & President of The Renuart Group and Matt Grob, Chief Technology Officer at XCOM Labs as senior advisors to the board.

General Renuart brings 39 years of military leadership experience and extensive expertise with the USAF. His last military assignment was as commander of North American Aerospace Defense Command (NORAD) and commander of United States Northern Command from 2007 to 2010. Prior to that, he served as Military Assistant to two Secretaries of Defense and as Director of Strategic Plans and Policy for the Joint Chiefs of Staff.

Defne announced that Veli Murat Celik has been appointed as the new CEO at Defne. Oguz Haliloglu, former CEO and co-founder of Defne, will continue to serve on the company’s Board of Directors as Chairman.

Before Defne, Veli Murat Celik worked in management and technology areas at both vendor, network operator and government institutions including Extunda, Tubitak, TT Mobile (formerly AVEA), ZTE, Huawei and Ericsson. He currently serves on the Board of HTK (Communication Technologies Cluster) of Turkey and is committed to the deployment and wide use of 5G technology in the country.

Rubrik announced the appointment of Dan Rogers as President.

He will lead Rubrik’s GTM Operations, driving the product, marketing, and GTM strategy. Rogers will report to Rubrik’s co-founder and CEO Bipul Sinha.