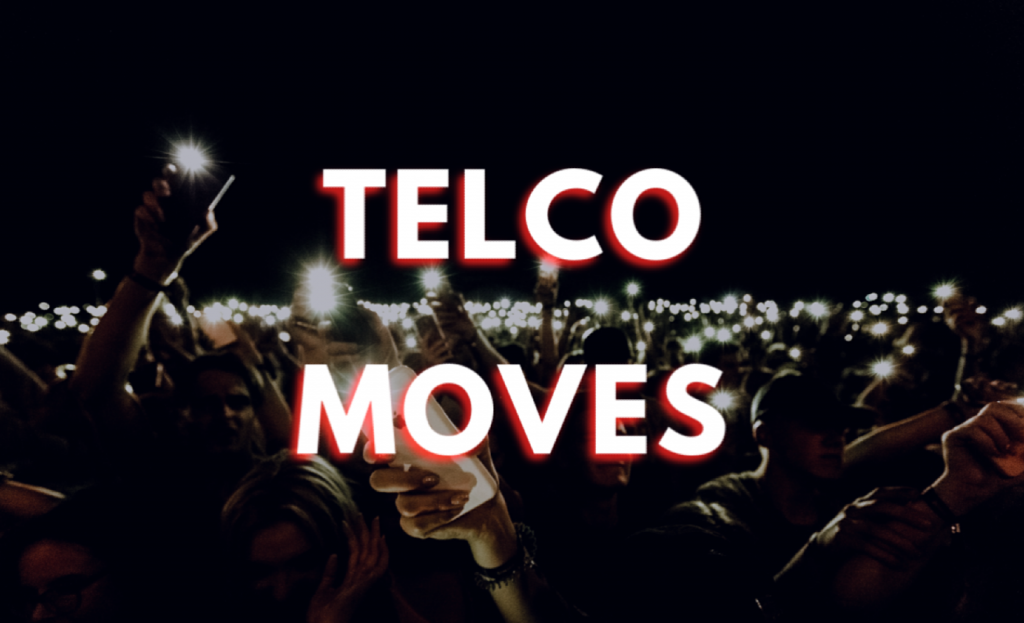 Here’s your weekly guide to the executive moves announcements for the period Monday, March 2 – Sunday, March 8, 2020, relevant to the ICT sector.

Nokia’s Board of Directors has appointed Pekka Lundmark as President and Chief Executive Officer of Nokia. Lundmark is expected to start in his new role on September 1, 2020.

Lundmark is currently President and CEO of Fortum, a leading energy company based in Espoo, Finland. Prior to Fortum, Lundmark served as President and CEO of Konecranes, a global material-handling technology leader, and from 1990-2000 he held multiple executive positions at Nokia, including Vice President of Strategy and Business Development at Nokia Networks.

Rajeev Suri, Nokia’s current President and CEO, indicated earlier to the Board that he was considering stepping down from his role at some point in the future, provided a solid succession plan was in place.

Suri will leave his current position on August 31, 2020 and continue to serve as an advisor to the Nokia Board until January 1, 2021.

Three UK has announced that Dave Dyson has informed the company of his intention to step down from his role as Chief Executive Officer (CEO) for personal reasons.

Dave will be succeeded by Robert Finnegan, who is currently CEO of Three Ireland. Robert will retain his current role as well as taking over as CEO of Three UK on 30 March 2020.

Telia Norway has named Lars Setsaa as new head of its OneCall and MyCall budget brands.

He replaces Frode Elverum, who had been fulfilling the role since Pal Rune Kaalen moved to the position of head of private markets at Telia Norway. Elverum returns to his position as head of product development at OneCall and MyCall.

Setsaa has worked in Telia Norway since 2017, first as head of product development in OneCall and MyCall and most recently as commercial director in the Telia company. Prior to joining Telia, he held several different management positions at Telenor, including for the Malaysian subsidiary Digi Telecommunications.

As previously announced, Allison Kirkby has been expected to assume the position of President and CEO of Telia Company during the second quarter of 2020. It has now been confirmed that she will take up her position on May 4, 2020.

The Company’s board of directors further appointed Ms. Atara Litvak-Shacham as the Company’s VP of Excellence and Innovation, effective immediately.

Taking over from Fronek, who stepped down in November 2019, Barbieri will come into the role from 6 April 2020.

Her most recent position was at NTT as the general manager for technology solutions for over six years. In addition, she was also the director for national sales and general manager for infrastructure. Before this, she held positions at Frontline Systems Australia, Avnet and Digital Equipment Corporation.

Prior to joining Anritsu, he served as a director for CETECOM.

Bigblu Broadband, a leading provider of alternative super-fast broadband services, announces the appointment of Phil Moses as a Non-Executive Director effective immediately following the Company’s AGM in May.

Aruba has announced the appointment of Sherifa Hady as the Channel Sales Director for Europe, Middle East and Africa.

Prior to her new role at Aruba, Sherifa spent 18 years with HPE, building experience of working closely with partners in the region. Her roles have included Distribution Director (CEEMA), Channel Manager (English Africa), and managing the Retail & Consumer Business Unit in the Middle East and, most recently, as the Managing Director for HPE in South Africa.

Comtech Telecommunications announced that the Board of Directors has appointed Lisa Lesavoy as a Director.

Ms. Lesavoy is the owner of Lesavoy Financial Perspectives, Inc., a New York City based financial counseling firm which she founded in September of 1990. Previously, Ms. Lesavoy served as Senior Financial Advisor for E.F. Hutton’s, and subsequently Shearson Lehman Brothers’, Personal Financial Planning Division, where she was a First Vice President and responsible for the Division’s financial counseling services on the East Coast.

He previously held the position of Senior Sales Director at Eutelsat, managing accounts in APAC, Europe and the U.S., with most of his career spent in Central Asia and East Asia.

Telo, a leader in making trusted communications simple for the global communications industry, announced that John Skousen has been named Vice President of Carrier Sales.

In this role, Skousen will assume responsibility for all telecommunication carrier sales as Telo builds on its market and product momentum.

Before joining Telo, John held similar positions at companies such as 10X People and Neustar, building partnerships with a diverse set of major telecommunications companies.

Optiva has announced the appointment of David Haselwood to its board of directors, effective 2 March.

Mr. Haselwood replaces Andrew Price, who has resigned from the board of directors of the Company.

Mr. Haselwood is a senior analyst for JFL Capital Management, and he previously served in a similar role for Lyon Street Capital. Mr. Haselwood is co-founder and general partner of G-Con, LLC, a holding company with a majority interest in G-Con Manufacturing, the world’s leading provider of modular, mobile manufacturing solutions, and other enterprises.