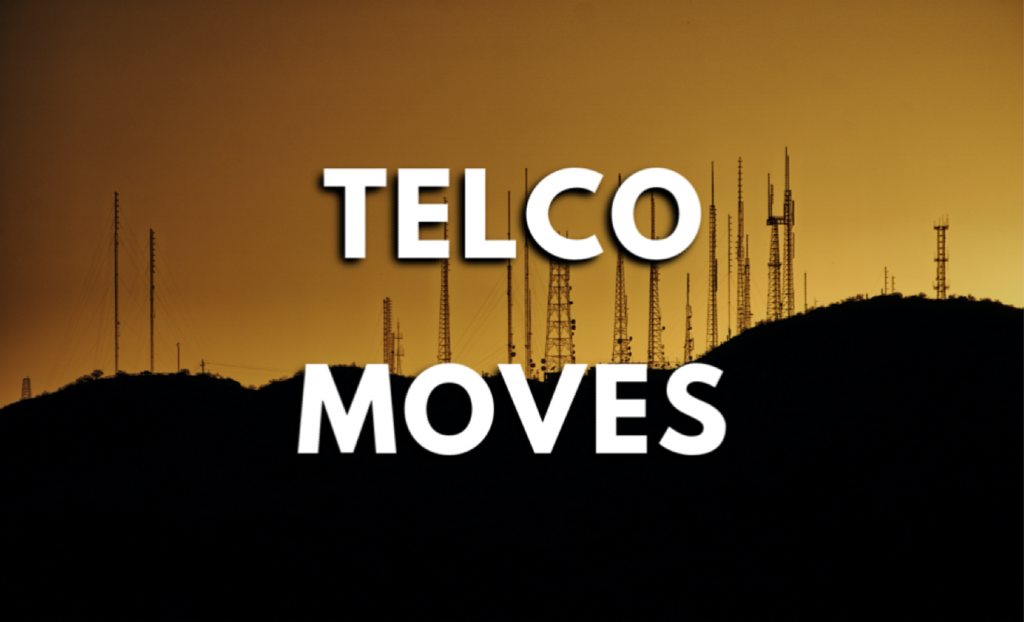 Here’s your weekly guide to the executive moves announcements for the period April 1 – April 15, 2020.

Kilar previously was the founding CEO of Hulu and SVP at Amazon.

Gillespie, whose new role is effective April 22, replaces Jim Cicconi, who is retiring after returning to AT&T last fall to lead the external and legislative affairs team on an interim basis.

Aspe Bernal has been the company’s vice president of external affairs, responsible for governmental and institutional relations, as well as the company’s social responsibility strategy, since December 2018.

Huawei Technologies UK have announced the appointment of Sir Michael Rake to their board as a non-executive director.

Sir Michael Rake is well known for serving as the chairman of BT for over a decade, as well as heading the Confederation of British Industry. The ex-BT man has been an advisor to Huawei since the start of 2019 and noted the coronavirus pandemic as being influential in his decision to take the step to become a Huawei board member.

Huawei has also announced the appointment of Terry He as CEO for Huawei Tech Investment Saudi Arabia.

Based in Riyadh, He will be responsible for overseeing all aspects of Huawei’s Saudi operations. Previously, He held the position of president of Huawei Middle East Enterprise Business Group where he oversaw the development of the group across the region.

IBM CEO Arvind Krishna is about two weeks into his new job. Krishna, who drove the $34 billion acquisition of Red Hat, will work with Jim Whitehurst, president at IBM. The former senior vice president at IBM and Red Hat CEO will head IBM strategy and the cloud and cognitive software unit.

Red Hat announced that it has named Paul Cormier as president and chief executive officer of Red Hat. Cormier, who previously served as Red Hat’s president of Products and Technologies, succeeds Jim Whitehurst, who is now president of IBM.

VEON announces the appointment of Serkan Okandan as Group Chief Financial Officer (CFO), effective from 1 May 2020.

Serkan brings more than 25 years’ experience to VEON, including as Group CFO at the Etisalat Group and Group CFO at Turkcell. During his twenty years at the Etisalat Group and Turkcell, telecommunications providers in the Middle East, Eastern Europe, Asia and Africa, he also held senior management and board positions of subsidiaries in Ukraine and Pakistan – two of VEON’s largest operating countries.

In addition, Veon has brought back a former CEO after a decade to run its Russian operation.

Alexander Torbakhov will be heading Beeline Russia, Veon’s Russian operation. He replaces Vasyl Latsanych, who had been CEO of Russian operations for just over two years. The company announced in February 2020 than he would “step down at the end of June this year”, but it now seems he has left three months ahead of schedule. Latsanych was previously head of marketing at rival Russian operator MTS.

Ten years ago Torbakhov was general director of VimpelCom, as the company was then called, before he became deputy chairman and CEO of Sberbank, the Savings Bank of the Russian Federation. Sberbank is the largest bank in Russia, central and eastern Europe.

Heli Partanen has been appointed as the CEO of Telia Finland starting on April 15, 2020. She is currently responsible for the consumer business in Finland and has since November 2019 been acting Vice CEO and head of daily operations of Telia Finland.

In her new role she will also be a member of the Group Executive Management team of Telia Company. Heli Partanen has worked at Telia since 1998 in various leadership positions.

Vodafone Germany said that its CEO Hannes Ametsreiter has extended his contract earlier than expected, for a further three years until September 2024.

Shareholders of KT, the country’s leading telecom firm, appointed long-time employee Koo Hyun-mo as its chief executive.
Koo is a long-time KT employee, having worked at the company for more than three decades. Along with Koo, all in-house and four out of eight outside directors were voted into office by shareholders.

Ciena announced that Mary Yang has joined the company as senior vice president and chief strategy officer. Yang will have responsibility for driving Ciena’s overall corporate strategy as well as execution of corporate development activities, including mergers and acquisitions (M&A) and related integrations.

Yang brings more than 25 years of experience in technology through a career focused on advising companies on strategic investments, alliance opportunities and global M&A activity. Before joining Ciena, she served as vice president of corporate and business development at NIO, a leader in the design and development of smart, high-performance electric vehicles. She previously held senior leadership roles in strategy and corporate development at leading communications companies, including Fortinet, Cisco and Nortel.

Zeotap announces the appointment of Jim Thoeni as its global Chief Revenue Officer (CRO). Jim was most recently Area Vice President North America for Salesforce’s Marketing Cloud business. He has over 20 years of international experience with a proven track record of driving sustainable, predictable, and scalable growth by focusing on the empowerment and success of his teams and customers.

As CRO, Jim will have worldwide responsibility for all revenue-generating and customer-facing teams and activities and will report directly into Daniel Heer, CEO and founder of zeotap.

Wes has 25 years of marketing experience including deep cloud and networking domain expertise, most recently serving as the Chief Marketing Officer at Mitel for the last five years. Starting immediately, he will lead the channel, field, product, and digital marketing teams, reporting to Norman Rice, Chief Operating Officer.

Telecom operator Bharti Airtel has appointed Rahul Vatts as the chief regulatory officer of the company. He will report to Gopal Vittal, managing director and chief executive officer India and South Asia of Bharti Airtel.

Prior to this, Vatts was with Vodafone Idea Ltd., where he was executive vice president – Regulatory and Corporate Affairs. He comes with over 25 years of experience and has previously worked with Idea cellular and AT&T.

The Appointments Committee of the Cabinet (ACC) conveyed additional charge of the post of chairman and managing director (CMD), MTNL is entrusted to PK Purwar, CMD, BSNL with immediate effect for a period of six months from the date of assumption of charge or until further orders, whichever is earlier, the Department of Telecommunications (DoT) in a notification said.

Prior to joining BSNL, Purwar was holding the top position at state-run MTNL which operates in Mumbai and Delhi only while BSNL offers telecom services in the rest of the country.

In addition, Infinera, will further strengthen its board of directors through the appointment of an additional independent director, who will be chosen by Infinera in collaboration with Oaktree, in the near future.

Commvault announced that it has named Martha Delehanty as its new chief people officer (CPO). Reporting directly to Sanjay Mirchandani, Commvault’s president and CEO, Delehanty will use her deep understanding of global talent trends and needs to expand Commvault’s employee recruitment, retention and professional development capabilities.

Delehanty brings to Commvault decades of human resources experience in progressively more senior roles at Verizon. Most recently as senior vice president, human resources at Verizon, she developed and implemented human resource policies and strategies for more than 100,000 employees working across all of Verizon’s customer segments.

Xilinx announced it has appointed Brice Hill to the position of executive vice president and chief financial officer (CFO), effective immediately. Hill will be responsible for all aspects of the financial management of Xilinx and, as a key member of the executive management team, he will add substantial financial expertise and leadership to the company’s transformation to adaptable platforms and sustained growth.

Hill is a veteran technology executive with more than 30 years’ experience in finance, mergers and acquisitions, global operations, and strategy. He joins Xilinx from a 25-year tenure at Intel Corporation, where he most recently served as the CFO and COO, Technology, Systems and Core Engineering Group.

Telecom Italia (TIM) has announced that Carlo D’Asaro Biondo has joined the TIM Group. He will support the Chief Executive Officer with the implementation of the TIM Cloud Project and the development of the partnership agreement with Google.

Cell C announces the appointment of Simo Mkhize as the Chief Commercial Officer. His career of 23 years in the Telecoms industry, which includes about 5 years at Cell C previously, spans across South Africa, Europe and the rest of Africa. This encompasses extensive technical and commercial experience in organisations such as Cisco, Vodacom and MTN SA.

Simo re-joins Cell C from MTN SA, having spent the last 13 years in various Commercial Executive roles in Sales and Distribution, Consumer Marketing and Enterprise Business in all but one of South Africa’s major Network Operators as well as multinational OEMs.