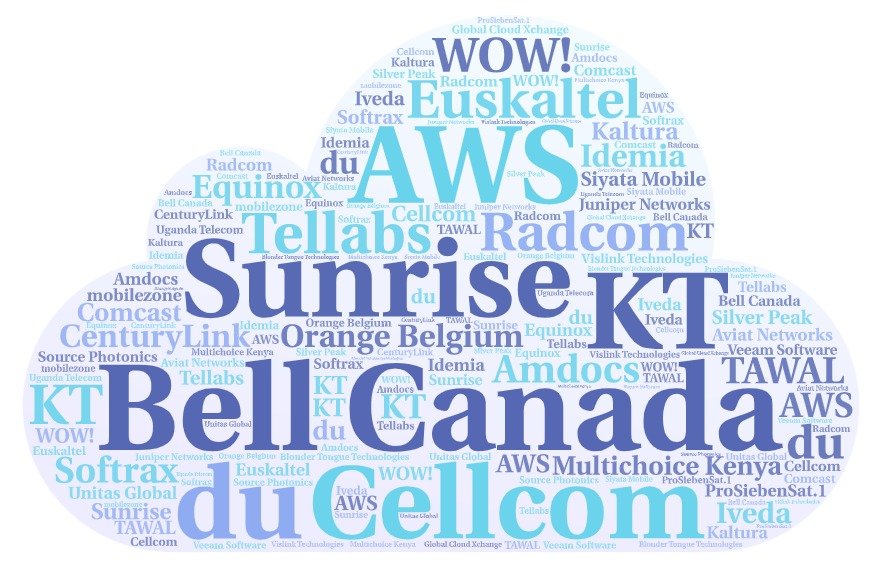 Here’s our carefully curated list of exec moves announcements for the period December 21st 2019 to January 12th 2020, relevant to the ICT sector.

The Board of Directors of Sunrise announces that Olaf Swantee has decided to resign as CEO of Sunrise after almost four years with the company.
It also announces that André Krause, up to now CFO at Sunrise, succeeds Olaf as CEO, effective immediately.

Uwe Schiller, Senior Vice President Finance and Investor Relations at Sunrise will become its new CFO with immediate effect, following the appointment of André Krause as CEO of Sunrise.

Light Reading reports that Axel Clauberg, a long-time advocate of next-generation networking technology and one of the best known figures in the carrier SDN and NFV sector, has left Deutsche Telekom to join Amazon Web Services (AWS).

In other Amazon-related news, Bharti Airtel’s chief executive officer for broadband services, Sameer Batra, has quit from the position to join Amazon as director for mobile business development.

Cellcom Israel Ltd. announced that following its previous announcement as to the Company’s CEO resigning from office, The Company’s board of directors has appointed former Labor party leader Mr. Avi Gabbay, as the Company’s CEO, effective January 19, 2020.

KT has chosen Koo Hyun-mo, head of its customer & media division, as new CEO and president. He will succeed the incumbent CEO and Chairman Hwang Chang-gyu, whose term ends in March 2020.

Fahad Al Hassawi has taken on the role of acting chief executive officer of Du from January 1. The current deputy CEO-consumer services of the company will be placed in charge of the telecommunications giant until Johan Dennelind takes up the position “which is expected to be by the end of January 2020”.

Dennelind was previously CEO of Stockholm-based Telia Co. after having worked with Telenor ASA and DiGi in Malaysia.

CenturyLink will see changes to its board of directors in 2020, including a new chairman and the departure of a long-time former chief executive. Glen F. Post III, who served as CEO of the company prior to current CEO Jeff Storey, announced he would not stand for re-election at CenturyLink’s 2020 annual shareholder meeting.

Chairman Harvey Perry announced he would retire in May 2020. The new chairman of the board will be T. Michael Glenn, who has served as a director since 2017. CenturyLink also appointed a new member to its board of directors. Hal Jones will serve on the board, effective Jan. 1.

Over the last 15 years, Mr. Schroder has held numerous positions within Tellabs and most recently served as Chief Operating Officer.

WOW! Internet, Cable & Phone has announced the appointment of Henry Hryckiewicz to WOW!’s executive team as chief technology officer. Hryckiewicz was most recently the senior vice president of engineering operations for residential and business services for Time Warner Cable.

Nancy Matimu has been named the new MultiChoice Kenya Managing Director, taking over from Eric Odipo who left the firm to pursue other interests, effective December 2019.

Blonder Tongue Laboratories announced that the Company’s Board of Directors has promoted Edward R. “Ted” Grauch to Chief Executive Officer of the Company, effective January 1, 2020. Mr. Grauch will also retain his existing title of President.

Juniper announced the appointment of Gordon Mackintosh as the new Worldwide Vice President of Channel and Virtual Sales.

Aviat Networks has announced the appointment of Peter Smith as President and Chief Executive Officer.

Stan Gallagher, who took on the additional role as Interim Chief Executive Officer in September 2019, will remain with the Company, serving as Chief Operating Officer and Principal Financial Officer.

IDEMIA has announced the appointment of David Desharnais as the Group’s Chief Digital Product Officer. As Executive Vice-President and a key member of IDEMIA Group’s Executive Committee, Desharnais will lead IDEMIA’s cloud and digital platform strategy.

Effectv, the advertising sales division of Comcast Cable, announced in December 2019 that it has appointed James Rooke as the company’s new general manager, effective January 1, 2020.

Unitas Global announces that Mary Stanhope is joining the company as Chief Marketing Officer. She will be responsible for overseeing the strategy, planning, and development of the company’s global marketing, product, and channel initiatives.

Nuno will present his vision for Kaltura at the upcoming Kaltura Connect conference in New Orleans, on January 21-23, 2020.

Global Cloud Xchange announced that its Board of Directors has appointed Rory Cole as the Company’s Interim Chief Executive Officer as it conducts a search for a permanent candidate.

Mr. Cole has served as Chief Financial Officer of GCX since 2014 with responsibility for global finance including accounting, financial management and the Company’s strategic initiatives.

Iveda® announced the appointment of Sid Sung as the Company’s new president. Sung was president at People Power China from 2017 until joining Iveda.

The Board of Directors of Swiss retailer Mobilezone has named new members to its management board under the leadership of CEO Roger Wassmer, who became responsible for operations in Switzerland and Austria on 01 January.

– Wilke Stroman to CEO Germany and member of the group management.

The High court in Kampala has appointed Ruth Sebatindira, the former president of the Uganda Law Society as the new administrator of Uganda Telecom Limited (UTL). Sebatindira will replace Nelson Bemanya whose contract expired in November 2019.