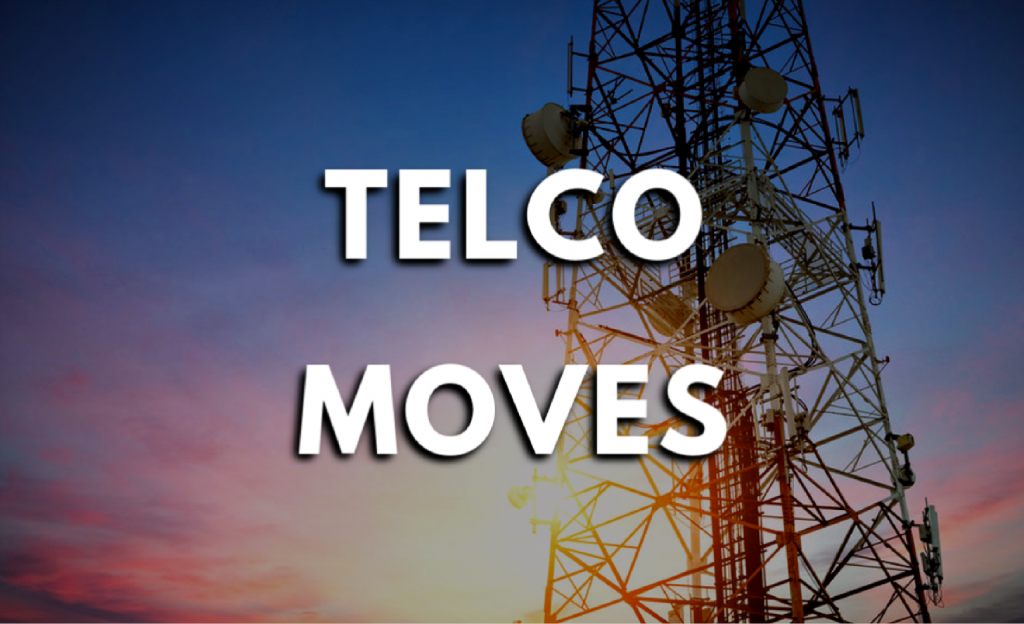 Welcome to another installment of Telco Moves!

Your biweekly guide to the notable hires, promotions and leadership changes in the global Telecom and ICT community.

Here are some of the major executive moves announcements from the first half of June 2020.

Nokia has appointed Marco Wirén as CFO of the company and member of the Group Leadership Team, replacing current CFO Kristian Pullola. Wirén will join Nokia on September 1, 2020.

Wirén, who will be based at the company’s headquarters in Espoo, Finland, is currently President of Wärtsilä Energy and Executive Vice President of Wärtsilä Group, a global leader in smart technologies and lifecycle solutions for the marine and energy markets. Wirén has held a number of CFO and other senior financial roles, including CFO of Wärtsilä Group; CFO of SSAB Group, a global specialized steel company; and CFO of Eltel Networks, a provider of technical services to the electrical and telecommunications industries.

Syniverse has appointed Andrew Davies as chief financial and administrative officer (CFAO). He will report to Syniverse CEO and president Dean Douglas and assume his role in July 2020.

Davies has more than 30 years of leadership experience working with major global brands in the telecommunications and enterprise sectors. He replaces Simeon Irvine, who served as interim chief financial officer (CFO) and who will continue with Syniverse as its chief transformation officer.

Davies most recently served Sprint as its CFO from July 2018 until the closing of its merger with T-Mobile USA. Prior to joining Sprint, Davies served as Group CFO for Amsterdam-based VEON and also played a key role in the formation of Wind Tre, the leading cellular communications business in Italy, which was a joint venture between VEON and CK Hutchison.

Before joining VEON, Davies spent more than a decade with Vodafone Group holding various financial leadership positions in Japan, Turkey, and India, in addition to his appointment as CFO of Verizon Wireless in the U.S.

Arun Bansal joined Ericsson in 1995 and is now head of a market area that spans over 110 countries across Europe and Latin America, a position he has held since 2017.

Orange is restructuring its organisation by adapting its Executive Committee to exit the health crisis in the best conditions. Stéphane Richard’s new team will accelerate the implementation of the Group’s strategic plan.

The following changes are planned from 1 September:

Pinto has over 25 years of experience in the technology sector. He previously worked for Morgan Stanley & Co. in New York, leading strategic IT initiatives and supporting digital transformation efforts for the investment bank.

Mr. Stafford has more than 25 years of professional experience, including leadership roles at complex global enterprise software businesses like IBM, Salesforce, and most recently, Microsoft.

AireSpring has made several leadership appointments:

Prior to this, Al-Sayegh held senior executive positions at Intigral and Saudi Telecom Company (STC).

MTN Uganda has appointed Andrew Bugembe as the telecom’s new chief financial officer (CFO). Bugembe started work on April 1, replacing Mike Blackburn who retired early this year having served as the company’s CFO since 2011. In his position, Bugembe is part of the dynamic leadership team of MTN Uganda that boasts of 16 members, four of whom are women.

He brings to board more than 21 years of telecom experience having worked at in at least five countries in various capacities – holding executive and senior management roles in finance departments, including holding the CFO position at MTN Liberia and MTN Congo Brazzaville.

DISH Network Corporation has announced an expansion of its senior leadership team to support and advance the company’s wireless future.

Industry veteran Dave Mayo has joined the team as EVP, Network Development, Jeff Blum has been promoted to EVP, External and Legislative Affairs, and John Swieringa has been named Group President, Retail Wireless, and will retain his duties as DISH Chief Operating Officer (COO). In addition, Michael Schwimmer has been named Group President, SLING TV, following the departure of Warren Schlichting.

Seasoned telecoms expert, Alan Sinfield has been named as new CEO of 9mobile by the Board of Directors of Emerging Markets Telecommunication Services Limited (EMTS), trading as 9mobile. He succeeds Stephane Beuvelet, who held the position in an acting capacity when the new board took over the company’s management in November 2018.

Sinfield has been chief executive officer since 2006. He was previously the Chief Executive Officer at Amara Communications Co. (ananda), a 4G LTE mobile broadband operator in Myanmar.  Before that he was the Chief Executive Officer of Cadcomms (qb), in Cambodia. His other earlier roles included being CEO at Ooredoo (Starlink) and Chief Information Officer and Chief Customer Services Officer at Orascom Telecom (IraQna).

Kenneth R. Meyers will be appointed to “Senior Advisor to the CEO” until his retirement on September 4, 2020. Meyers and Therivel will work closely to ensure a smooth transition period. Therivel will also be appointed to replace Meyers on both the U.S. Cellular and TDS Boards of Directors.

Therivel, 45, joins U.S. Cellular from AT&T where he served most recently as CEO of AT&T Mexico. Prior to joining AT&T, Therivel served as Chief Operating Officer for IPcelerate, Inc., a Voiceover- IP applications development company.

Comcast Corporation announced that Jason S. Armstrong will return to its corporate headquarters as Executive Vice President and Treasurer, effective July 1, 2020. Since the beginning of the year, Mr. Armstrong has served as Chief Financial Officer of Sky. He and his family’s full relocation to Sky’s headquarters in the United Kingdom was unexpectedly complicated by the onset of the COVID-19 global pandemic. With current Comcast Treasurer Bill Dordelman’s decision to retire after almost three decades at the company, Mr. Armstrong will now remain in Philadelphia and succeed Mr. Dordelman as Treasurer.

Mr. Rose will succeed Kathy Zachem in leading Comcast NBCUniversal’s Washington, D.C. office, and will continue to oversee the company’s advocacy before Congress and the Administration. Ms. Zachem is retiring after a 13-year career at Comcast leading the federal regulatory, and state and local government affairs teams.

With a career spanning more than 35 years in D.C., Mr. Rose most recently served as Senior Vice President of Federal Government Affairs for Comcast where he oversaw the company’s interactions with the United States Congress and the Administration. Prior to joining Comcast, he ran his own consulting firm and served as Vice President, Government Relations for The Walt Disney Company.

VMware announced that Carol Carpenter has joined the leadership team as chief marketing officer. As CMO, Carpenter is responsible for leading all aspects of the Global Marketing organization, which includes Corporate Marketing, Partner, Segment and Field Marketing.

Carpenter brings to the role more than 25 years of technology sector experience. Most recently, Carpenter was vice president, Product Marketing at Google Cloud. Prior to Google Cloud, Carpenter was the CEO of ElasticBox (acquired by CenturyLink) and held leadership and marketing roles at technology at Trend Micro, Keynote Systems and Apple and more.

Rego is an experienced public company CFO who joins WOW! with 36 years of finance, accounting and operational experience. He has a track-record of driving growth and shareholder value. He was most recently CFO for Telaria, Inc. (sold to the Rubicon Project), and prior to that was CFO for Virgin Galactic. He also served as executive vice president, chief financial officer and treasurer for Vonage Holdings Corp. for nearly eight years as they
substantially grew their customer base.

Campain joins WOW! On June 15 and brings more than 25 years of media and telecommunications experience to her role as chief commercial officer. Prior to this role, she led marketing, sales and digital strategy as a consultant for Fox Corporation and held a similar position at Discovery Communications where she led the brand’s MotorTrend OTT offering. She was previously senior vice president and general manager for consumer markets at CenturyLink  and spent 16 years at DirectTV/AT&T in various marketing roles with increasing responsibility.

Bharti Infratel appointed Pooja Jain as the new Chief Financial Officer (CFO), it said in a statement to the Bombay Stock Exchange (BSE) and the National Stock Exchange of India Limited.

“We wish to inform you that on the recommendation of HR, Nomination and Remuneration Committee and approval of Audit & Risk Management Committee, the Board of Directors of the company, in its meeting held today has appointed Ms. Pooja Jain as Chief Financial Officer and key managerial personnel of the company,” the Bharti Infratel said.