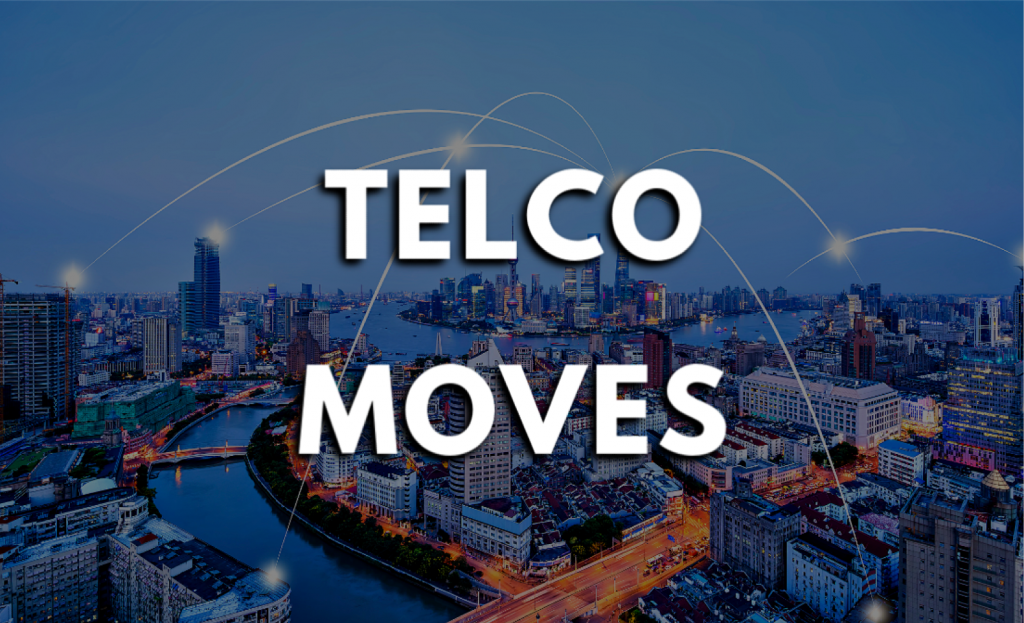 Here’s your weekly guide to the major executive moves announcements from the second half of April 2020.

You can review the leadreship announcements from the first half of April 2020 via this link.

After serving 13 years as AT&T’s Chairman and CEO, Randall Stephenson, 60, will retire as CEO but will serve as Executive Chairman of the Board of Directors until January 2021 to ensure a smooth leadership transition.

The AT&T Inc. Board has elected AT&T President and Chief Operating Officer John Stankey as CEO effective July 1, 2020, and a member of the Board of Directors effective June 1, 2020.

Stankey, 57, has served as president and COO since October 2019. He joined AT&T in 1985 and has more than 30 years of accomplished leadership spanning nearly every area of AT&T’s business, from corporate strategy and technology, to operations and media and entertainment.

Wen Ming, formerly the Senior Vice President of Sales, is now responsible for the global business focusing on delivering business value to global clients in the Asia region.

Jan, who is instrumental in developing the Asia Pacific strategy, and in leading the ongoing integration efforts of NTT Ltd., will continue to drive the strategy process, in addition to his new responsibilities in managing the business operations and information technology functions.

The management board of Armenian operator Ucom has appointed Ara Sergei Khachatryan the new CEO (Director General) of the company. The operator also announced that there are no changes in the shares or shareholders of the company.

“Considering the role of Ucom in the state of emergency caused by pandemics, I prioritize the provision of quality services to both fixed and mobile subscribers.

All vacancies at the moment will be filled within the shortest period of time, so that the company proceeds with regular operations,” said Ara Sergei Khachatryan, Director General at Ucom.

BullsEye Telecom announced that Tony Franchi has been hired as Vice President of Channel Sales.

During his 20-year career, he held sales positions at a variety of communications companies including, 365 Data Centers, CenturyLink, Level3, Global Capacity and One Communications.

Hardy Schmidbauer is a seasoned executive in the wireless, semiconductor and IoT sectors, with a 20-year career spanning from project management to design engineering, marketing management, and product director, and was an entrepreneur.

He played an instrumental role in the development of the wireless IoT ecosystem through management, R&D, and marketing roles in support of LoRa, LoRaWAN and other wireless protocols. Among the companies he worked for are Silicon Labs and Semtech Corporation.

VEON Ltd. announces the appointment of Erwan Gelebart as Chief Executive Officer of JazzCash from May 18 this year. He will report to VEON’s co-CEO Sergi Herrero.

JazzCash is Pakistan’s leading digital wallet with 7.3 million active users at the end of last year.

Erwan has more than 15 years’ experience, including the launch and scale-up of digital financial services in Bangladesh, Ghana, Madagascar and Mali and while at EY Parthenon, Orange Money and Grameenphone.

He served as Vice President of Finance at Colfax Inc. Previously, he was Director, Global Value Creation and Productivity Office at Dell Technologies, where he won the Michael Dell Chairman’s award for driving significant improvement in customer experience for European enterprise customers.

Huawei has announced the appointment of David Shi as regional enterprise business group (EBG) president for the Middle East with immediate effect. Shi has had more than a decade of experience working in the Middle East, starting from 2007, and over fifteen years of experience in the ICT sector, including technical sales, marketing and business development.

Li joined Huawei in 2002 and has experience of working in the India market, including in roles like vice president sales and vice president HR during different phases of his career.

He was serving as CEO of Huawei Cambodia before returning to India to take on his new role.

Rashmi Kumar has been officially appointed as HPE’s Chief Information Officer (CIO). Serving in this role on an interim basis since January, Rashmi has been focused on building the necessary capabilities to position the Global IT organization for the future.

Prior to joining HPE in 2018, Rashmi served as CIO and CTO for many Fortune 50 companies like, McKesson, Southern California Edison, Toyota, HPE, and Tata Steel.

Infovista announced the appointment of Ronald Rubens to the role of Executive Vice-President Global Enterprise and member of the executive leadership team.

Most recently, Rubens led the European region for Avaya, where he oversaw sales for their large customer and partner base.

Prior to Avaya, he had leadership responsibilities at NEC, Fuze, and Unify for networking and unified communications solutions and drove cloud deployment models for various companies.

Global Cloud Xchange (“GCX”), a leading provider of global managed next-generation network, announces the appointment of one new member to its Board of Directors.

Joining the board is Carl Grivner. Mr. Grivner will serve on the Audit Committee. This appointment brings GCX’s total board membership to five.

Mr. Grivner is currently the Chief Executive Officer of Colt Technology Services, where he has been since January 2016.

Carl has more than 25 years of leadership experience in the telecommunications and technology industry, including 12 years’ operating at the level of CEO for major companies in North and Central America, Europe, and Asia.

IBM North American channel chief Carola Cazenave is leaving the company to take a job with an unnamed software company. Cazenave, who has served as vice president of the IBM North America Partner Ecosystem since April 2019, will leave the company at the end of this month.

Paul Donovan has over twenty years’ experience in senior executive roles across the technology, media and telecommunications sectors. He is currently non-executive Director on Arqiva’s Board and has previously been CEO of Odeon and UCI Cinemas Group and, before that, CEO of eir, Ireland’s leading telecommunications business. He was also a member of the Group’s Executive Committee at Vodafone where he led the Group’s emerging markets businesses.

Paul Donovan succeeds Simon Beresford-Wylie who has been Chief Executive Officer since August 2015.

Paul Donovan’s appointment is with immediate effect. Simon will formally leave Arqiva on the 30 June 2020.

Majercsik brings more than 25 years of professional experience in human resources, services and sales. Prior to Genesys, Majercsik was global head of HR for 3D printing and digital manufacturing at HP Inc.

Patel brings 30 years of experience in engineering and product management for companies including Workday, Symantec, Pinterest, Salesforce and Cisco, among others.

Juanito Camilleri has returned to the telecommunications sector as non-executive chairperson of Vodafone Malta, the company’s new shareholder has announced.

Vodafone Malta was acquired by Monaco Telecom earlier this month and the company will continue operating under the Vodafone brand for a transition period.

Camilleri, a former rector at the University of Malta, served as founding CEO at Go Mobile and later group CEO at Melita Cable.

He is currently chairperson and resident professor at the Centre for Entrepreneurship and Business Incubation at the University of Malta and is a director on various boards.

Ward had spent 18 years at Cisco, in two separate phases, with two years at Juniper in between, where he was Juniper Fellow.

“I’ve been privileged to drive innovation for Cisco Systems and Juniper Networks,” said Ward (pictured). “PacketFabric is fundamentally rethinking enterprise and service communications in a way that others have not.”

The Zimbabwe Broadcasting Corporation (ZBC) board has appointed non-executive director Helliate Rushwaya as acting CEO.
Rushwaya is a communications and media training specialist with over 20 years’ industry experience in Namibia, the Netherlands and the UK.
She was appointed to the ZBC Board in July 2019 and chaired its content, programming and technical Committee.

To his new role, Ishaq brings over two decades of industrial telecom experience with manufacturers and direct end users, including previous roles at Hydro One, Ericsson, and Nokia.