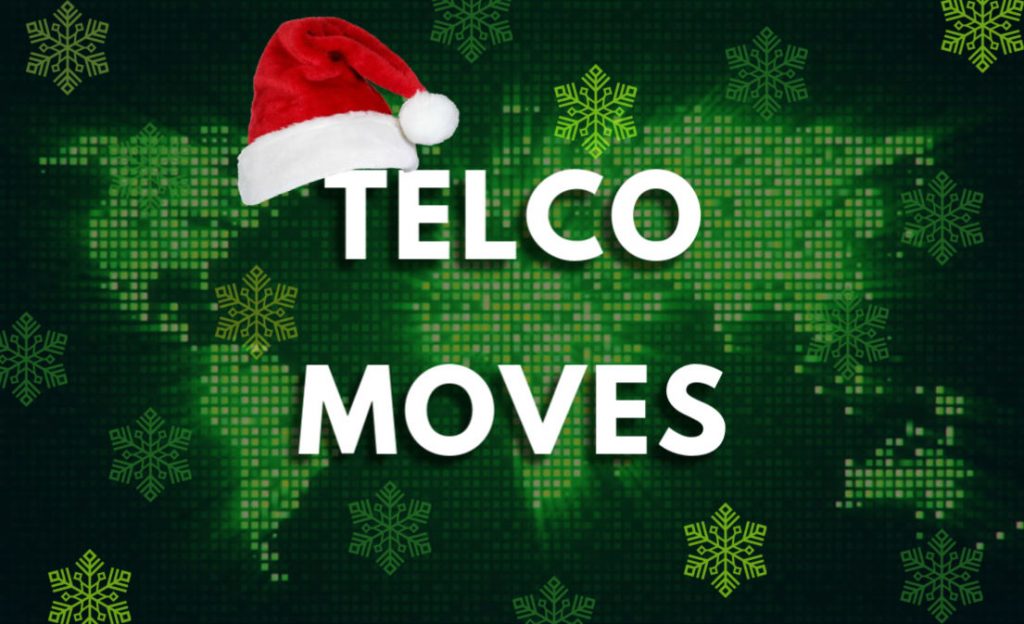 We made it – the holiday season is finally here! And with it comes the last installment of Telco Moves for the year 2019!

Here’s our carefully curated list of exec moves announcements for Week 51 (13th through 19th December 2019), relevant to the ICT sector. 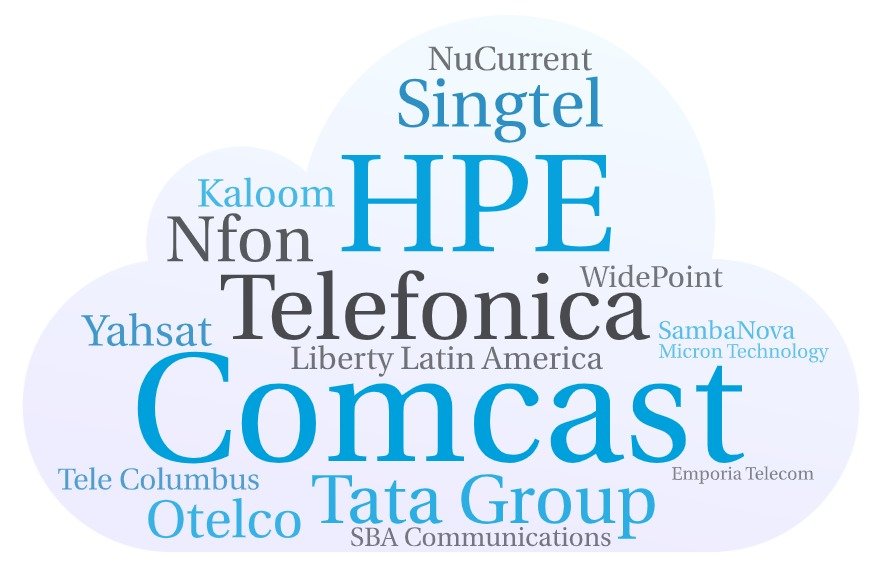 Charlie Herrin has been promoted to Chief Product Officer at Comcast Cable, one of several moves made in a reorganization plan announced internally last week by Tony Werner, president, technology product, Xperience at Comcast.

Effectv, the advertising sales division of Comcast Cable, has announced that it has appointed James Rooke as the company’s new General Manager, effective January 1, 2020. He will report to Comcast Advertising President Marcien Jenckes and will continue to be based in New York.

In addition, NBCUniversal CEO Steve Burke will retire on August 14, 2020, following the Summer Olympics in Tokyo. Effective January 1, 2020, Jeff Shell will become CEO of NBCUniversal, reporting to Burke, who will move to the role of Chairman, NBCUniversal. Upon Burke’s retirement, Shell will report directly to Brian Roberts, Chairman and CEO of Comcast.

Telefónica announced this week the organization structure of its new Latin America unit. Under the direction of Alfonso Gomez, as CEO, the Latin American operations are to be managed as an autonomous unit, with a specific and dedicated regional team.

The new structure encompasses the Telefónica Group’s operating business in Argentina, Chile, Colombia, Ecuador, Mexico, Peru, Uruguay, and Venezuela and aims to guarantee the best value proposition for the customers of the region in a sustainable way.

In addition, Telefónica has renewed the Company’s board of directors and has increased women representation to 30%.

Claudia Sender and Verónica Pascual join the Board of Directors replacing Wang Xiaochu and Luiz Fernando Furlán, after their voluntary resignation. Javier Echenique has been designated Lead Independent Director and Chairman of the Nominating, Compensation and Corporate Governance Committee. Peter Löscher has been appointed Chairman of the Audit and Control Committee.

Hewlett Packard Enterprise (HPE) Africa has announced the appointment of Jean-Paul Clemente to the position of Managing Director for the Africa and DOM-COM (French overseas territories comprising a number of islands) as of 1 November 2019.

Clemente has been an integral part of HPE for more than 30 years, most recently serving as the Senior Director of the Hybrid Datacentres Business unit for Central & Eastern Europe, Middle-East and Africa (CEEMA). He takes up his new mantle as MD for Africa with the objective to significantly grow business across the continent, a region identified by HPE as an area of strategic focus for 2020 and beyond.

The Singtel board has appointed Mr Lee Theng Kiat to the board as non-Executive Director and Chairman-designate with effect from 15 January 2020.

The Singtel board conducted a search for a new chairman to succeed Mr Simon Israel, and found Mr Lee to be the best fit, given his industry, business and governance experience. He will assume the chairmanship at the conclusion of Singtel’s next AGM in July 2020, when Mr Israel retires after nine years at the helm.

Cyrus Mistry, the younger son of Pallonji Mistry, is to be reinstated as executive chairman of India’s leading conglomerate Tata Sons by an order issued on Wednesday from the National Company Law Appellate Tribunal.

As a Director Emeritus, Dr. Malone may attend Board meetings and provide active support and advice to Liberty Latin America, but will not have a vote on matters presented to the Board.

Tele Columbus announces that Timm Degenhardt will not extend his contract which is scheduled to end on 31 August 2020 as Chief Executive Officer. The reason for his decision are the changes in the Company’s Supervisory Board.

David Allen has been named Vice President of Network Operations. Allen is responsible for ensuring the alignment of OTELCO’s network-related operations to meet network build-out and improvement objectives.

OTELCO General Counsel Trina Bragdon has been named Vice President of Human Resources and Regulatory Affairs. In this role, Bragdon will lead a renewed focus on human resources, including both managerial and employee development and training.

Carol Grover has been named Senior Director of Billing. Grover began her career at OTELCO 28 years ago as a CSR.

NuCurrent has announced the appointment of Jay Knobloch as its Executive Vice President, Intellectual Property.

Knobloch brings to NuCurrent an extensive background in IP licensing, litigation and settlements, having spent the past eight years in a similar capacity at Trading Technologies, International, and several years as a patent attorney and agent at Brinks Hofer Gilson & Lione.

Micron Technology, the fourth-largest semiconductor company in the world with revenues of $23.4 billion, has appointed Anand Ramamoorthy Managing Director (MD) for its India operations.

Ramamoorthy will lead and drive a growing team composed of research and development personnel, design engineers, and support functions across all Micron sites in India.

European cloud PBX provider Nfon said that it has elected Gunter Muller, Managing Director of Milestone Venture Capital, and Florian Schuhbauer, Founding Partner of Active Ownership Fund, as the new members of the supervisory board at an Extraordinary General Meeting.

The previous supervisory board members, Angelique Werner and Ralf Grusshaber, have resigned from their positions.

Kaloom™, an emerging leader in the fully automated data-center networking software market has announced the recent appointment of Richard A. McGinn as Board Chairman.

McGinn previously served as CEO of VeriFone Systems, Inc., one of the world’s largest point of sale terminal vendors and a leading provider of payment and commerce solutions, and CEO of Lucent, a multinational telecommunications equipment company.

Al Yah Satellite Communications Company (Yahsat) has announced the appointment of Khaled Al Qubaisi, CEO of Aerospace, Renewables & ICT at Mubadala Investment Company (Mubadala) as its new Chairman, and the appointment of Amal Al Ameri, Senior Vice President of Platform Finance in the Aerospace, Renewables & ICT Unit in Mubadala as a board member.

The new appointments, effective from January 2020 include the following engineers:

Kim has served in a range of senior finance roles throughout her career, including as CFO of Witt O’Brien’s, a wholly-owned subsidiary of Seacor Holdings, CFO of Opus Group, and CFO of Astrium Services Government, a subsidiary of Airbus Defence and Space.

Industry veteran Chris Millington has been appointed as UK and Ireland managing director for Emporia Telecom as the smartphone vendor enters the UK market.

Emporia specialise in handsets designed for the over 60s demographic and are based in Austria and will launch in the UK and Ireland early next year with Eurostar Global as the UK distributor.

Jonathan brings over 20 years of experience in building high-growth technology companies to SambaNova Systems. He joins the emerging startup after nearly nine years at Tesla, where he served in various leadership roles and most recently as General Counsel, leading the company’s legal, policy and regulatory teams.

Have we missed anything? Email us at info@phoenixcareer.co.uk or comment directly under this post if there is a leadership announcement we have not included in our weekly roundup.