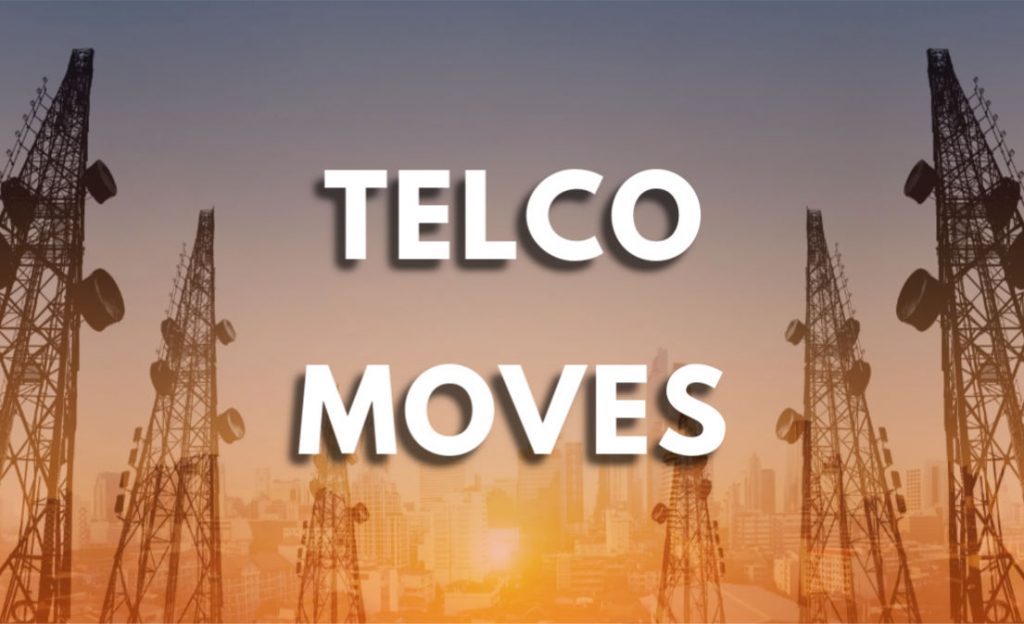 As we are approaching the end of the calendar year, many companies are announcing the changes in leadership and executive organisation that they have undertaken in order to advance their business strategies in 2020.

Here’s our carefully curated list of exec moves announcements for Week 50 (6th through 12th December 2019), relevant to the ICT sector.

BridgeComm has announced that Michael Abad-Santos has joined the company as Senior Vice President of Business Development and Strategy.
Abad-Santos’ most recent executive roles include Trustcomm chief commercial officer and senior vice president, Americas, at LeoSat Enterprises, where he led commercial activities, strategy development and execution in the Americas region, as well as government activities worldwide.

Hrvatski Telekom announces that the Supervisory Board has appointed Boris Drilo as Member of the Management Board and Chief Technical and Information Officer (CTIO) for another 3-year term of office, commencing from 1 January 2020 when his current mandate expires.
Boris Drilo joined HT in 2012, coming from Ericsson Group, where he had spent 12 years at project and managerial functions related to the development and application of telecommunications networks and new technologies. In 2017 he was appointed Management Board Member and Chief Technical and Information Officer.

At its 4th regular meeting on Tuesday, 10 December 2019, the Supervisory Board of Telekom Slovenije, appointed the current Vice-President of the Management Board, Tomaž Seljak, MSc, as the President of the Management Board. He had been the head of the company with full authority already this year between 16 April and 15 September and since 14 November. Tomaž Seljak will begin his 4-year term on 10 December 2019.

Saankhya Labs announced that it has appointed Kiran Deshpande and Amar Maletira to its Advisory Board.
Kiran Deshpande was the co-founder and President of Mojo Networks, which was acquired by Arista Networks in 2018. Currently, he is a consultant to Arista networks. Prior to that Kiran was the Managing Director and CEO of Mahindra British Telecom (MBT).
Amar Maletira currently serves as Executive Vice President and Chief Financial Officer of VIAVI. Prior to VIAVI, Maletira was at Hewlett-Packard where he held a series of executive positions including Vice President and Chief Financial Officer of Americas Enterprise Services, CFO for Application services and Director of Investor Relations.

Oracle has announced that Dr. Vishal Sikka, founder and CEO of the AI company Vianai Systems, has been named to Oracle’s Board of Directors. Before starting Vianai, Vishal was a top executive at SAP and the CEO of Infosys.

London Fibre-To-The-Home (FTTH) broadband provider Community Fibre has announced the hire of Peter Rampling as Chief Commercial Officer (CCO), and Dale Kirkwood as the business’ Chief Information Officer (CIO), as of 1 December.
Peter has extensive commercial and leadership experience having previously been CCO for Digicel in the Caribbean Region, CCO for Telefonica O2’s consumer business in Germany and as the CMO of O2 UK.
Dale has a strong background in sales and field staff environments having worked as global director of IT for the sustainability consultancy, ERM Group.

Ombudsman Services, the independent telecoms customer complaints resolution provider, has announced the appointment of Ed Dodman as its first director of regulatory affairs.
Dodman, who started the role in October, joined from BT where he oversaw commercial and regulatory strategy for the telco’s consumer business.

InterDigital has recently also announced the appointment of two of its employees to the Board of Directors of MulteFire Alliance, an international consortium that advocates for the broad adoption of next-generation mobile technologies in environments that use unlicensed and shared radio spectrum.

Saila Miettinen-Lähde has been appointed new Chief Financial Officer (CFO) of Eltel and joins the Group Management Team. Saila assumes her position as of 1 March 2020.
Most recently, Saila held the position as Chief Executive Officer, CEO, of Endomines AB. Prior to that, she was working as CFO for F-Secure as well as Deputy CEO and CFO of Talvivaara Mining Company.

MultiChoice Uganda has announced that Jonah Wegoye has joined the team as the new Head of Sales.
Prior to joining MultiChoice, Jonah worked in multiple sales and marketing roles for Nile Breweries, a subsidiary of AB InBev and Century Bottling Company, a subsidiary of Coca-Cola Beverages Africa.

Google has expanded its management team in Europe by hiring sales expert Julia Stern from 1&1, Handelsblatt reports. Stern takes over the position of director for media, technology and start-ups at Google, succeeding Markus Hinz.

Infor has announced the promotion of Jarrod Kinchington to Managing Director, Australia and New Zealand (ANZ). Based in Sydney, Kinchington will be responsible for Infor’s overall business in ANZ and driving customer success.
Kinchington has vast experience working with C-level customers throughout his career where he held senior roles at organisations such as Telstra, CSC and TechnologyOne.

Brightsolid has appointed Dr Pete Cridland as Head of Cloud Enablement to further accelerate its strategy shift towards providing managed hybrid cloud offerings.
This follows the cloud services company’s recent appointment of Jon Gasparini as Chief Technology Officer, who has been tasked with executing the new company strategy and solidifying Brightsolid’s hybrid cloud offering in addition to extending the company’s partnership with AWS.

Siyata Mobile has announced the appointment of Richard Hoy to its Board of Directors. Mr. Hoy is appointed as an active board member overseeing enterprise sales growth, opening direct customer and carrier relationships, corporate governance and strategy.
For the last 7 years, Mr. Hoy was the SVP of Operations of Ledcor, responsible for the Telecom Division in Canada including sales, service, engineering, and build functions.

Cambium Networks has announced the appointment of Mary Peterson to the newly created position of Senior Vice President and Chief Marketing Officer (CMO), reporting to CEO Atul Bhatnagar.
Peterson was most recently vice president of global marketing for Ruckus Networks, a CommScope Inc. business. In this new role, her focus will be on maintaining Cambium Networks’ leadership position in Fixed Wireless Broadband (FWB) while building a challenger brand in the enterprise wireless segment.

RealNetworks has announced that Tim Wan and Erik Prusch have been appointed to the Company’s Board of Directors.
Mr. Wan is currently the Chief Financial Officer at Asana. He has also served as Chief Financial Officer of Apigee Corporation.
Mr. Prusch has served as Chief Executive Officer at several companies, including Harland Clarke Holdings, Outerwall, NetMotion Wireless, Lumension Security, Clearwire Corporation and Borland Software Corporation.

Have we missed anything? Email us at info@phoenixcareer.co.uk or comment directly under this post if there is a leadership announcement we have not included in our weekly roundup.