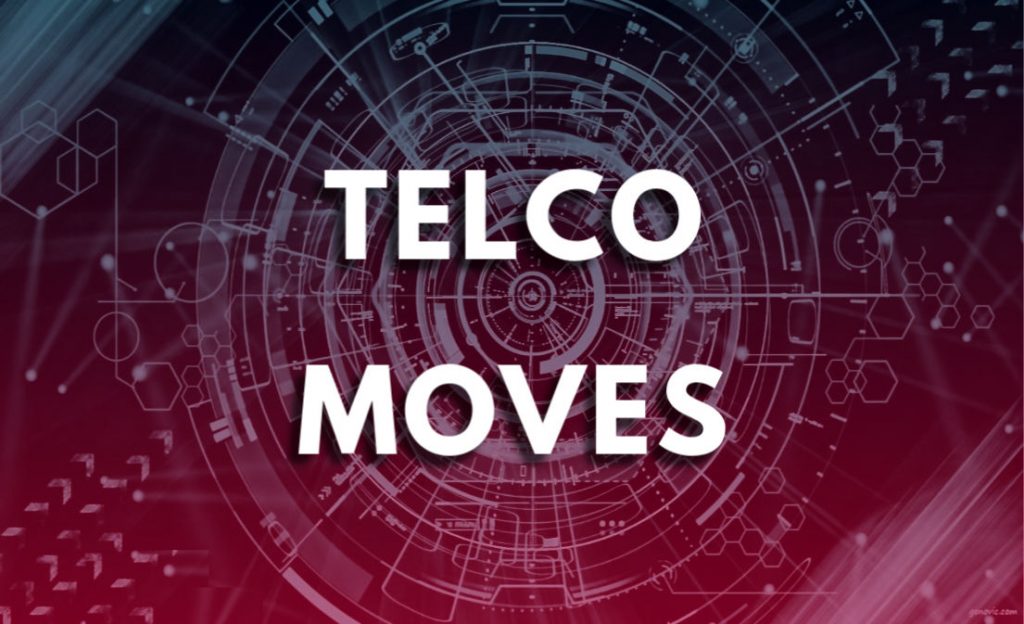 It has been another dynamic week in the telco world, filled with numerous announcements of major leadership changes. Here’s our carefully curated list of exec moves announcements for Week 49 (29th November – 5th December), relevant to the ICT sector.

Frontier Communications announced that the Company’s Board of Directors has unanimously appointed Bernard L. “Bernie” Han as President and Chief Executive Officer and a member of the Board, effective immediately.

Mr. Han succeeds Daniel McCarthy, who is stepping down as President and Chief Executive Officer and from his position on the Board.

Risto Siilasmaa will step down from the Nokia Board of Directors after serving 12 years as a Director and the last eight years as the Chair at Nokia’s Annual General Meeting, planned to be held on April 8, 2020.

The Board’s Corporate Governance & Nomination Committee proposes the Vice Chair, Sari Baldauf, to be the new Chair of the Nokia Board, subject to her re-election to the Board by the Annual General Meeting.

Juniper’s outgoing CTO Bikash Koley is returning to Google, where he previously worked, and will take a position as VP and head of global networking.

Tele2 has announced changes to its leadership team. Tele2 will have a Group Leadership Team, complemented by a wider Business Leadership Team which will execute Tele2’s strategy.

The Group Leadership Team will consist of:

Kelly will report to Resonant’s Chairman and CEO George B. Holmes and be responsible for Resonant’s Engineering, Product Marketing, and Operations functions.

Zipwhip has announced the appointment of Nimrod Vered as its Senior Vice President of Engineering, and of James Lapic as its Chief Technology Officer.

ONE Media 3.0, LLC, a wholly-owned subsidiary of Sinclair Broadcast Group, Inc. (Nasdaq: SBGI) has announced that Sesh Simha has been promoted to Vice President for Advanced Technology.

In this role, Mr. Simha will be responsible for overseeing Sinclair’s participation in the global ecosystem development of Next Gen broadcasting’s direct-to-mobile broadcast-5G convergence.

Purple WiFi announced that the former Chief Executive of BT, Gavin Patterson, will be joining the company as a non-exec Director in an exciting time of growth for the company.

Patterson has enjoyed an illustrious career including President of the Advertising Association and non-executive director at British Airways and joins Purple at a time of rapid growth.

Teraco has announced that Lex Van Wyk will step down as Chief Executive Officer, effective 1 January 2020. Van Wyk will be succeeded by Jan Hnizdo, who has been an Executive Director of Teraco since 2011, having initially joined Teraco in the position of Chief Financial Officer, and as Managing Director since early 2018.

Van Wyk will remain a shareholder in Teraco and will continue to serve on the board in the capacity of non-executive director.

Optus has announced that CEO Allen Lew will step back from the role next year to make way for incoming chief Kelly Bayer Rosmarin.

The company announced that Bayer Rosmarin, currently deputy CEO, will assume the top job on 1 April 2020. Lew will go on to join parent company Singtel’s management committee in the new role of CEO group strategy and business development, in addition to becoming country chief officer for Thailand.

As of January 1st 2020, Maniatis will succeed Guy Krief who will join the board of directors to drive the company’s strategic vision and long-term growth.

South Korea’s third-biggest conglomerate SK Group announced Thursday that it has tapped four new CEOs with the goal of maintaining its “Deep Change” initiative amid persisting difficulties in the global business environment.

Pidgeon will remain in her role through the end of the year and continue to advise GCI through April 15, 2020. Pearson begins her new role, reporting to Duncan, on Feb. 1, 2020.

Resideo Technologies has announced that the company’s president and CEO, Mike Nefkens, and the board have mutually agreed to a transition. Nefkens has agreed to continue until his successor is appointed, at which time he also will step down from the board of directors.

Brian Kushner has been named as the new independent board director.

Effectv, the advertising sales division of Comcast Cable, has announced that it has tapped Keri Reisbeck to lead Human Resources for the newly rebranded company, effective immediately.

Behabadi replaces Hamid Farhang who had served in the position since January 2018. The new CEO had served as chairman of the MCI board between 2018 and September 2019.

Ortiz is a lawyer specialising in Corporation Law and Boards of Directors and was General Secretary to the operator Jazztel from 2004 to 2015.

ZNBC chairperson Mulenga Kapwepwe says the board selected Lusambo for his 28 years of experience in the media industry.

Zen Internet has appointed Georgina Lord as the new Managing Director of its Retail division.

Lord, who previously spent a decade at Virgin Media Business, and joins from her role as Director of Sales, Marketing & Operations at Intercity Technology, will be responsible for leading the company’s largest division which has an annual turnover of £37m.

Goddard will have overall responsibility for the management of MTR, a service and solutions provider that specializes in extending the lifecycle of mobiles and tablet devices.

RingCentral UK Ltd. has announced the appointment of Richard Massey as Regional VP of EMEA Channel. Based in London, Richard will be responsible for growing RingCentral’s EMEA channel business.

Richard joins RingCentral from Fujitsu, where he was Head of Strategy for Unified Communications and Contact Centre for EMEA.

Gilat Satellite Networks has announced the appointment of Slava Frayter as the company’s regional Vice President for North America.

Frayter comes to Gilat after nineteen years with Newtec, where he served in various management roles, rising to the position of vice president of the Americas in 2008.

Brinton comes to Avaya from Mitel Networks, where he was President of the Cloud Division from its inception through expansion to a global market share leader in the Unified Communications as a Service market.

Smith boasts 25 years of commercial and management experience across many government and non-government organisations across the territory, including his recent post of Chief Operating Officer of the Telecoms Regulatory Commission in July 2018.

Pragma, the UK’s distributor of Ericsson-LG’s award-winning UC solutions, has announced the appointment of Chris Brown as its Head of Technical Operations.

Chris brings over two decades of experience in contact centres, customer experience and business transformation across the telecoms and utilities industries.

In his role, Reggy will focus on our key priorities to maintain trust and credibility of our corporate brand to all our stakeholders.

Xiaomi co-founder and chairman Lei Jun has stepped down as the company’s president for China, part of a broader reshuffle announced swiftly after the vendor revealed a drop in domestic smartphone sales in Q3.

In a letter to staff, the vendor named Redmi GM Lu Weibing as the new China presient, adding to his current role. Wang Xiang, SVP and head of the global business department, was promoted to company president, taking over from Lin Bin, who was appointed vice chairman.

Lin is also president of the smartphone department.