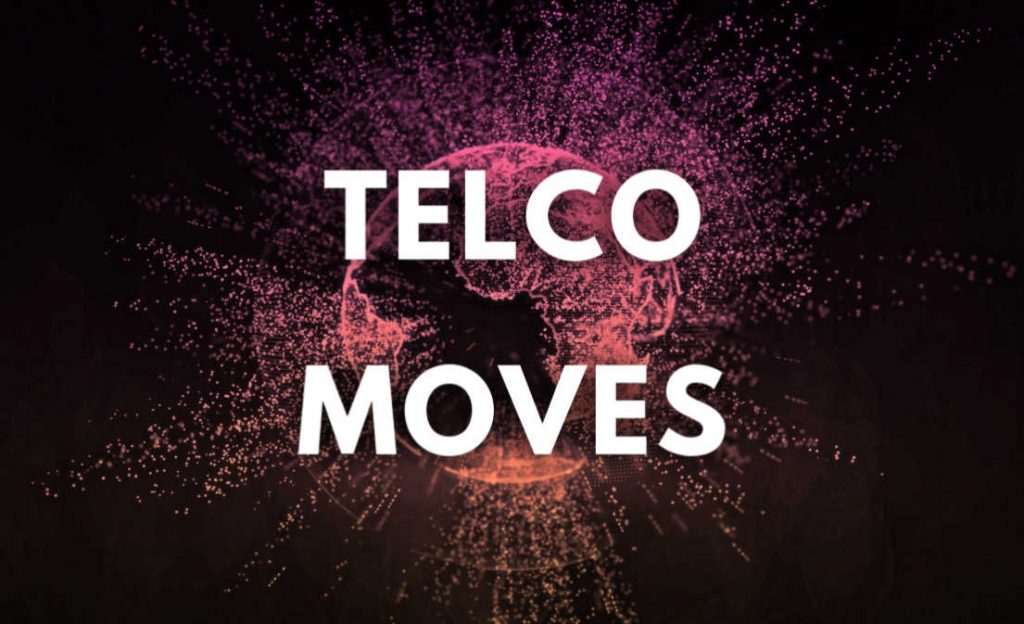 Nokia announced on 25th November that it would discontinue the Chief Operating Officer (COO) role and distribute its various functions to other Nokia leaders.

As a result, the current COO, Joerg Erlemeier, has decided to step down from the company’s Group Leadership Team and leave the company as of January 1, 2020.

Lakshmi brings with him over 35 years of experience in a broad range of leadership roles across industries and regions around the world. His roles in the company included President and CEO of TCS Japan, Global Head of Telecom, Media & Information Services, HiTech and Utilities, and Head of TCS UK & Europe.

Royal KPN N.V. (“KPN”) hosted an Extraordinary General Meeting of Shareholders (“EGM”) during which the Supervisory Board informed shareholders of KPN on its intended appointments to the Board of Management of KPN.

Following the EGM, the Supervisory Board decided to confirm the intended appointments of Mr. Farwerck, Mr. Fouladi, Mrs. Garssen, Mr. Van Overbeke and Mrs. Snoep effective per 1 December 2019, and that of Mr. Figee per 1 February 2020. All appointments are made for a period of four years, up to and including the AGM to be held in 2024.

On Wednesday Globe has announced the appointment of Carlomagno E. Malana as its new Chief Information Officer beginning Jan. 1, 2020.

A10 Networks has announced that Dhrupad Trivedi has agreed to join the company as its new President and Chief Executive Officer, effective December 2, 2019.

Lee Chen, who founded A10 Networks in 2004 and has served as CEO since inception, will continue to be actively involved with the company to ensure a smooth leadership transition, and will continue as chairman of the A10 Networks Board of Directors.

Till Streichert will leave the company in June 2020 to pursue an external opportunity outside of Vodacom.

Andries Delport has resigned with effect from May 2020, and he will be joining Remgro’s telecommunications business Community Investment Ventures Holdings (CIVH) as CTO.

Remgro has also appointed Raymond Ndlovu as new CIVH chief executive. In an interview with MyBroadband, Ndlovu has said they have assembled an excellent management team to build CIVH into South Africa’s leading open-access telecommunications provider.

Sky Deutschland has appointed a new CEO following Carsten Schmidt’s decision to step down from the role at the end of the year.

Devesh Raj will take over duties atop the Comcast-owned German pay-TV giant on January 1 2020, while Schmidt will act as a senior advisor on the board of Sky Germany in 2020.

At this week’s EGM, Lars-Johan Jarnheimer was elected new member of the Board as well as elected Chair of the Board. The EGM had been called by Telia’s largest shareholder, the Swedish state, to replace chairwoman Marie Ehrling.

Telia Norway: Stein-Erik Vellan, Senior Vice President and currently CEO of Telia Finland will take over as CEO of Telia Norway as the current CEO Abraham Foss will leave his position.

Telia Finland: Jonas Bengtsson, Executive Vice President, Group General Counsel and Head of Corporate Affairs, will temporarily assume the role of CEO of Telia Finland until a permanent solution is in place.

Heli Partanen, currently Head of Consumer Business in Finland, will simultaneously become acting Vice CEO with full operational responsibility and will be leading the day-to-day business in Finland.

Telia Denmark: Thomas Kjærsgaard, who has served as acting CEO of Telia Denmark since September 2019, has been appointed CEO of the company.

Mint Mobile, the wireless company offering carrier-grade service for a fraction of the cost, has announced that actor, writer, producer and mobile phone enthusiast Ryan Reynolds has purchased an ownership stake in the company.

“It’s a bit unconventional which is why I like it,” said Reynolds. “Celebrities generally invest in high-end products like skincare brands or delicious gin companies. Yet Mint is making wireless way more affordable at a time when the average American is paying 65 dollars a month. I’m excited to champion a more practical approach to the most essential technology.”

German mobile retailer Philion has named Davut Sahin as the new COO and Jorg Schicke CFO, effective 01 December. The appointments follow the acquisition of One Brand Solutions (OBS), the owner of the online platform Handyflash.de and its 30 mobile shops.

CityFibre has announced the appointment of Richard Thorpe as Chief Delivery Officer. In the newly created role, Richard joins the executive team and assumes control of CityFibre’s network delivery strategy and capabilities.

Richard joins from Digicel Group where he was Chief Information Officer, responsible for the IT strategy and transformation of the entire BSS estate for the Caribbean mobile and fixed line operator.

MTN Nigeria Communication PLC on Friday has announced the appointment of Modupe Kadri as its new Executive Director and Chief Financial Officer (CFO).

Mr Kadri is a seasoned executive and re-joins MTN Nigeria from MTN Ghana where he served as CFO for five years. His appointment takes effect from March 1, 2020.

Zamani Com is owned by business partners Mohamed Rhissa and Moctar Thiam, who were both minority shareholders in the operator before completing the acquisition of the 95.5 percent stake owned by Orange.

The Proximus Board of Directors has appointed Guillaume Boutin as the new CEO of the Proximus Group for a period of six years. Guillaume will take up his new function on 1 December 2019.

Prior to joining Proximus, Guillaume Boutin has held various positions including those of Chief Financial Officer and Chief Marketing Officer at SFR.

Antenna technologies provider Airgain has announced that Anil Doradla, Chief Financial Officer, will be leaving the company, effective November 30, 2019, to pursue other opportunities.

DASAN Zhone Solutions has announced that Tom Cancro is appointed to the position of Chief Financial Officer and Treasurer, effective December 2, 2019.

Tom Cancro recently served as Controller of GE Research, General Electric’s technology research and IP-licensing business unit. Prior roles include executive positions at Verizon, including Chief Financial Officer of Verizon’s joint venture with AT&T and Deutsche Telekom, and an executive role in Verizon’s Treasury organization, where he advised the company as to capital markets strategy.

Segra announces that Peter Zarrella has joined the company and will serve as its Chief Financial Officer. Peter is responsible for finance, accounting and procurement for the company and as a senior member of the executive team he reports directly to Chief Executive Officer Tim Biltz.

Jim comes to NRTC from LICT Corporation, an integrated provider of broadband, voice, video and wireless services, where he oversaw the operations of eleven rural telephone and communications services companies across the country. Jim is replacing Eric Freesmeier who is retiring at the end of the year.

Cardenuto will lead the Company’s sales, operations and go-to-market strategy for both its unified communications and contact center portfolios, collectively the Applications Group, and will report to CEO Alan Masarek.

Sinch AB has announced the expansion of its senior management team with the strategic recruitment of Vikram Khandpur, a product management leader in cloud and intelligent communications. He assumes the company’s new Chief Product Officer role on December 19.

Khandpur will join Sinch from Microsoft where he spent 13 years spearheading the development and growth of category-defining technologies, including Skype and Microsoft Teams.

Luna Innovations announces that Gene Nestro will join the company effective December 2, 2019 and will be named as Chief Financial Officer (CFO).

Mr. Nestro will succeed current CFO Dale Messick, who has agreed to assist the company through mid-2020 to ensure a smooth transition. Mr. Nestro will lead Luna’s Finance organization and represent Luna in communications with investors, lenders and rating agencies.