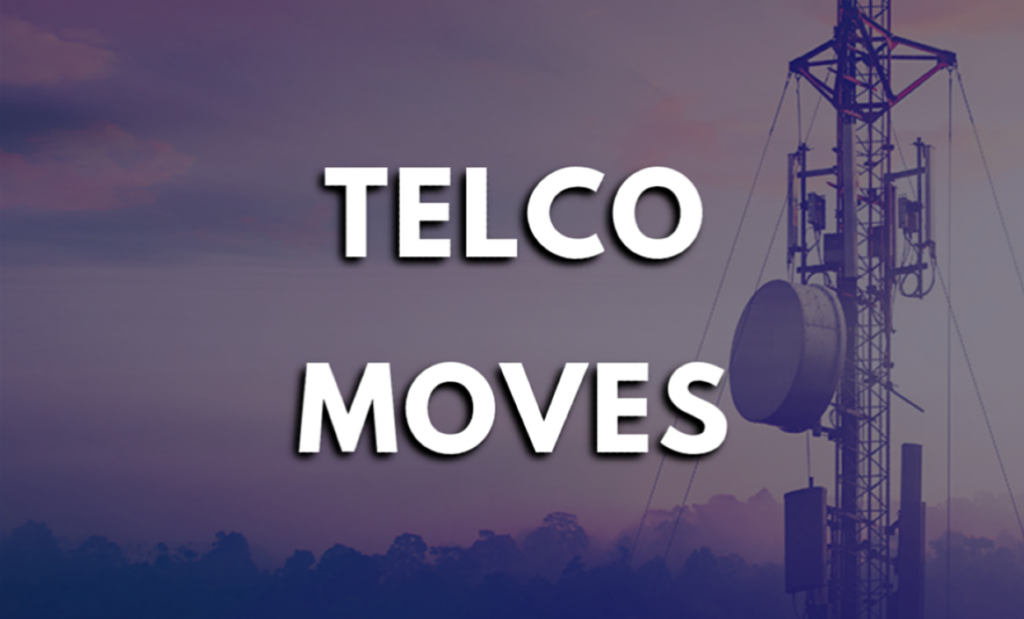 Here’s your weekly guide to the executive moves announcements for the period Monday, March 23 – Sunday, March 29, 2020, relevant to the ICT sector.

Based in Riyadh, Terry He will be responsible for overseeing all aspects of Huawei’s Saudi operations.
Terry He has worked in the Middle East region for more than ten years, working across multiple Huawei offices in the region including a stint as managing director of Huawei in Kuwait.

Affirmed Networks announced that its board of directors has named Anand Krishnamurthy as the company’s new President and Chief Executive Officer.

Retiring CEO, Hassan Ahmed, will continue as Chairman of Affirmed’s Board of Directors.

Anand brings tremendous knowledge and continuity to his new position, having previously served as President and Chief Operating Officer at Affirmed Networks. A co-founder of the company, Krishnamurthy originally joined Affirmed as its Vice President of Engineering.

Reynolds currently serves on the board of 9 Spokes International Ltd and Computershare Ltd. He has previously served on the boards of Eircom Holdings Ireland Ltd and Eircom Holdco SA between December 2016 and April 2018.

China Telecom has appointed Li Zhengmao as its president and COO, effective immediately.

Zhengmao will replace Ke Ruiwen, China Telecom’s chairman and CEO, who no longer holds the offices of company president and COO.

In May 2019, China Telecom’s broad of directors appointed Ke Ruiwen as its chairman and CEO, effective 22 May until the annual general meeting of the company to be held in 2020.

Vodacom has appointed politician-turned veteran businessman Saki Macozoma as its board chairperson.

The telecoms group said Macozoma would replace outgoing chairperson and former deputy finance minister Jabu Moleketi who is scheduled to step down in July.
Moleketi was deputy finance minister from 2004 to 2008 and was also chairman of the Public Investment Corporation. The company said that Macozoma, who is a current lead independent non-executive director, was first appointed to the board of Vodacom group in July 2017.

Gerbrandt joins Anterix from Trilliant Networks, a communications platforms and applications provider to utilities and smart cities, where he served for 13 years, most recently as Managing Director of Industrial Internet of Things (IIoT), after successfully overseeing other significant operational activities.

Kenyan operator Safaricom has appointed Francesco Bianco as alternate director to replace Vivek Badrinath, who resigned on 20 March after serving or over three years.

Badrinath joined Vodafone and the executive committee in October 2016. He was responsible for operations in the Vodacom Group, India, Australia, Egypt, Ghana, Kenya and New Zealand.

CP Communications has strengthened the business acumen and strategic vision of its Advisory Board with the appointment of Louis Borrelli Jr. He joins the board immediately and will work closely with CP Communications CEO Kurt Heitmann and the senior management team to help guide the strategic development of the company.

Borrelli has transitioned to technology investment and advisory roles in recent years and has been an active board member with industry and non-industry organizations. Among the companies and organizations he has worked with are ShowGo.TV (live music streaming), Piiku.com (Smart Advertising), the Sports Broadcasting Hall of Fame (a founding board member), and the SUNY Oswego School of Communications, Media, and the Arts.

ADDvantage Technologies announced the appointment of Tim Harden to its Board of Directors effective March 18, 2020.

Mr. Harden has served in a number of roles in the communication industry in various positions of leadership including more than 30 years with AT&T.

He most recently served as President of AT&T’s Worldwide Supply Chain, a $68 billion operation with more than 58,000 suppliers and was also responsible for the management of the largest private fleet of trucks and cars in the U.S. with over 95,000 vehicles. He currently serves on a number of advisory boards focused on providing products and services in the communication space.

Cisco has announced that Elisabeth De Dobbeleer is to be moved from her position as Cisco’s Vice President and Deputy General Counsel for Europe, Middle East, Africa and Russia (EMEAR).

Her new role sees her appointed as leader of Cisco‘s partner organization for EMEAR, with immediate effect.

Nutanix announced it has added Sohaib Abbasi to its board of directors, effective Thursday, March 19, 2020.

Abbasi is a technology industry veteran. From 2004 to 2015, he served as the chairman and chief executive officer of Informatica and helped to grow the company’s revenue from $200 million to over $1 billion. From 1982 to 2003, Abbasi served in various roles at Oracle Corporation, most recently as a member of Oracle’s executive committee and as senior vice president of two major divisions, Oracle Tools and Oracle Education.

Leading an experienced team, this new appointment reaffirms edotco’s commitment to play a significant role in enabling the country ready for 5G.

Cloud computing company iomart Group (AIM:IOM) has announced the appointment of Reece Donovan to the Board as Chief Operating Officer.

Donovan has over 23 years’ experience in the technology and telecommunication industry, in roles both in the UK and internationally.

His most recent position was Chief Executive Officer at Nomad Digital, a provider of IP connectivity and digital solutions to the global transportation sector.
Donovan has held other positions including Senior Vice-President Global Services for CSG International.